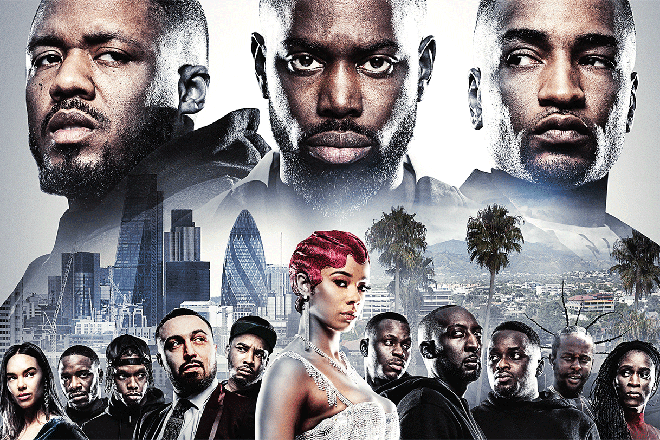 Posted at 10:23h in All Articles, News by Ajay Rose

‘The Intent 2: The Come Up’ is available to watch in all UK cinemas.

Among those to star in the prequel are Ghetts, off the back of his powerful Ghetto Gospel: The New Testament album, Adam Deacon, Ashley Chin, Karen Bryson, Dylan Duffus, Popcaan, Cashtastic and Konan. Co-creators Femi Oyeniran and Nicky ‘Slimting’ Walker also feature.

This time round, ‘The Intent 2’ has got financial backing from Island Records UK, the first movie the record label has ever made, overseen by new president Alex Boateng, as well distribution from Vertigo Releasing, per Complex. The Intent 2 allows fans to get to know the character’s backstories, with a large portion of the film shot out in Jamaica.

The first instalment of the independently-produced inner-ctiy London crime drama, which landed in 2016, went on to sell out cinemas across the country and performed strong digitally too. ‘The Intent’ landed in the top three on the iTunes chart, as well as securing a distribution deal with Netflix in 2017.

Speaking on The Intent 2: The Come Up in an interview with Tim Westwood, Walker said: “We’ve made movies before, but they’re not really like The Intent. We’ve had the Kidulthood’s, the Adulthood’s, the Brotherhood’s, they’re great movies. Thet done their thing.

In a separate interview with GRM Daily, Nicky ‘Slimting’ explained how a record label got involved in the making of The Intent 2: “One of our main concerns was the way black culture is presented in the media and in film. Alex at Island has been doing this, from way back, DJ’ing, mixtapes, breaking artists and most importantly, he just understands the culture.”

He added: “I needed to find someone who understands how to market a film like this, and this partnership was so organic. The main person I had to find was someone from a label, not a film company, cause they don’t understand the culture, they don’t release black movies, there’s only really been a handful if you look back.”