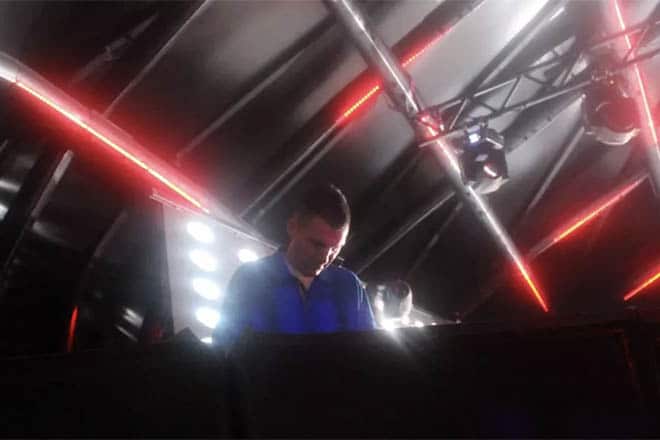 Posted at 14:51h in All Articles, Interviews, Long Reads by Ajay Rose

TIM WESTWOOD INTERVIEW – Shortly before the interview commences, Tim Westwood is fresh from delivering the goods with a four-hour pool party set at Papaya beach club for the 2017 edition of Fresh Island Festival. There are bigger venues on the island hosting other events, but for this particular set, it seems like the whole festival is crammed into Papaya.

The pool is barely visible due to the number of people, the sun warms up the venue with rays that aren’t too dry or crisp, litre jugs of off-tasting cocktails in large containers that look more like vases than cups are everywhere in sight and those in attendance are dancing to the continuous stream of bangers that fills the speakers. It’s a vibe and Tim Westwood is responsible.

Beginning in the 1980s, Westwood has quite literally done it all, releasing multiple CDs, DJ’ing all over the world, hosting countless radio shows, building a hugely popular YouTube channel and earning universal respect for his craft, all while continuing to push through emerging talent. This particular instance is no different, as the people of Fresh Island buy into Westwood’s DJ set for hours on end. We are a long way away from London on the Island of Pag, a small island in Novalja, Croatia, so how does Westwood navigate between crowds around the world and still manage to deliver engaging sets each time?

“Let’s just be quite honest about it brother. This is London up in here man, Birmingham, Manchester and them man, this is home from home, turn up time. So this crowd is like DJ’ing at home, so it’s bless to be out here DJ’ing to people getting turned up, people getting lit, a lot of beautiful women in bikinis running around, guys have been working out in the gym, they’re out there representing. It’s just a really turned up experience. The sun is shining, alcohol is flowing, bit of weed or whatever. So it’s just people turning up and celebrating life really. More life man.”

When it comes to a DJ set, Westwood knows how to work a crowd and for someone who’s been in the game so long, he is remarkably tuned into new music and emerging artists. Whatever’s popping at that time, Westwood is across it, finding a delicate balance between dedicating himself to bringing through talent. As he effortlessly interchanges between rap, grime, hip-hop, dancehall and bashment throughout a set, what are Westwood’s go-to bangers in and amongst a crowded library of hits? 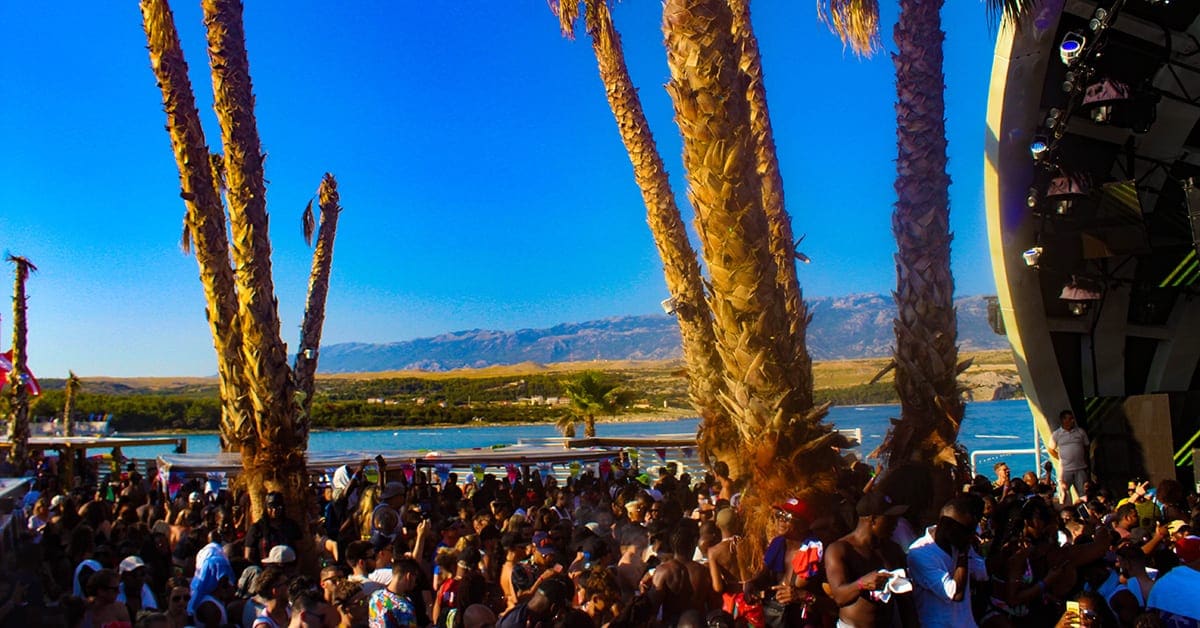 Fresh Island Festival 2017 offered an abundance of UK names in a beach setting, with performances from Giggs, Krept & Konan and Lady Leshurr and surprise performances from Suspsect, Yung Fume, Kojo Funds and Tion Wayne. Hence, the UK’s budding music scene was again well-represented on the Island of Pag, but who would Westwood like to see on the line-up for 2018’s showing?

“I mean, I recommended Kojo Funds this year, and he came and represented with Tion Wayne. Amazing artists. If you want new new, maybe like Harlem Spartans, Loski, cats like that. But also Giggs and Skepta, the greatest artists out the UK coming to represent, would also work.”

Giggs and Skepta, perhaps the UK’s two greatest rap and grime artists respectively, have both received immense support from Westwood over the years.

Nobody will forget Skeppy’s two viral freestyles with Westwood years back, the first of which was one of the first rap or grime videos to surpass one million views. Similar unconditional support can be found for Giggs, as Tim would offer industry advice and support throughout Hollowman’s career, from the time’s where the police warned venues off allowing him to do shows through to now, where he is performing all over the world. As someone that’s seen the good, bad and the ugly, I asked Westwood how it felt to see Giggs’ music continue to grow like it is, to which he replied:

“It’s a lot of love. I’ve known that brother [Giggs] since day. What feels the greatest for me is him getting paper. This music game is a real alternative to drug money, and a lot of these cats on the streets, if they weren’t in the music game, they maybe wouldn’t be doing something very positive. People trying to get money to survive, and flourish and enjoy life, so it’s a blessed thing. Artists performing on main stage. Wireless… Bizzle is saying he got £80k for that job, if he’s saying that, I aint questioning him, but it’s good work. It’s good money. He got that in the morning because Wiley didn’t get on the plane.

“Krept and Konan as well… what amazes me about them is that they haven’t got their new album yet, and they’re still turning up like that. They make records that last in the club for a long time and they’re about to do it again. Records like ‘Freak of the Week’ and ‘DWMT’ still ring off in the club like new. They make bangers for sure.”

Westwood is certainly not wrong. Despite releasing their debut album, The Long Way Home, in 2015, Krept and Konan still managed to rake in the second most YouTube views of any rap or grime artist in 2016 with over 30 million views. That affection for their music was definitely felt during their set, one of a few notably great performances, so what has been Westwood’s favourite moment of Fresh Island festival 2017 so far? 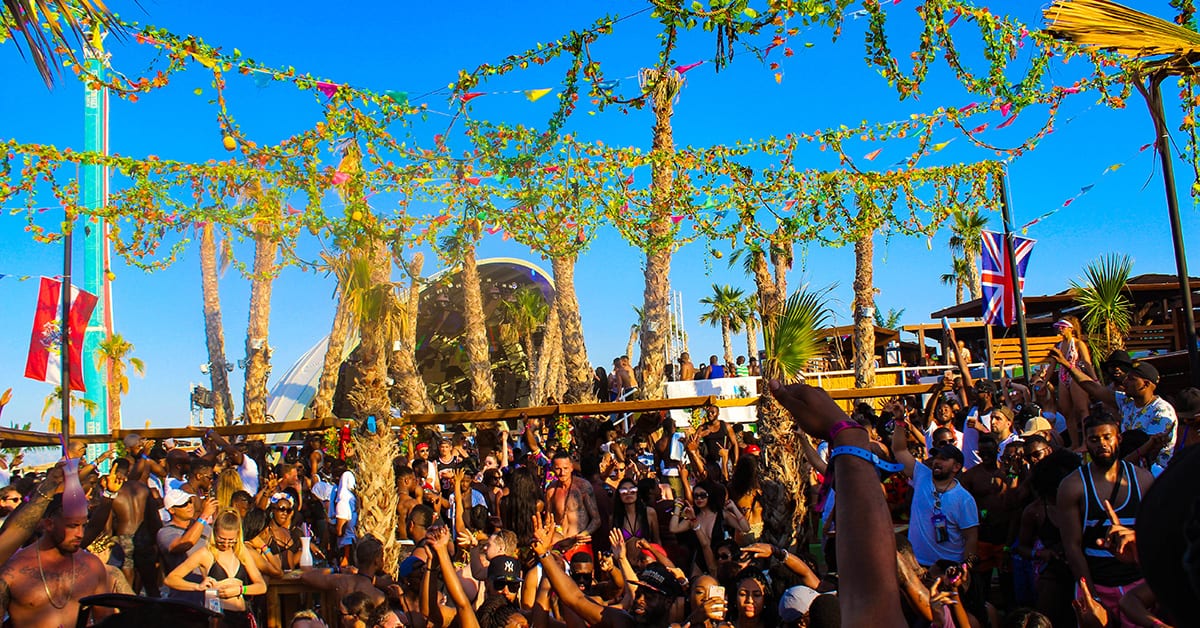 “I came into the dressing room to Thugga like ‘that interview I did with you was the best interview’. Then I said to French that the interview I did with Chinx (may he rest in peace), that was also my favourite interview. So what happened, Thug came and said ‘big up Westwood, he said our interview was his favourite’. Then French goes: ‘Westwood just said that to me’, then they started this whole thing of who said what, and it just went off for like half an hour, so that was fun. But it’s all love.”

With the festival season in full swing and Westwood picking up bookings galore, what else is he up to this summer?

“We’re just doing more. More life baby. We got some hot Westwood parties jumping off, got the all-white West end affair looking forward to that, we’ll do the fresher’s stuff in a minute to, the radio show is banging out, Capital Xtra Saturday night 7pm-11pm. The YouTube is popping, Tim Westwood TV. So it’s all love.”

That YouTube channel has been iconic is championing new talent. Long before the rap and grime in the UK had the structure it has now, it was reliant on a few small outlets pushing things in a big way, and Westwood was one of them. Every artist and their dog has passed through Westwood’s crib at some point to do a Crib Session, and older artists could’ve been found dropping a Westwood freestyle years back, regular events Tim accurately summarises as: “artists coming through weekly and shutting s**t down”.

Much like the artists who pass through his crib for viral freestyles, Westwood has been ‘shutting s**t down’ without fail since the 1980s. He is one of few people in music that garner worldwide respect, from upcoming MCs in England to rap legends like Jay Z and Notorious B.I.G, Tim Westwood has been there, done it, and got every t-shirt.