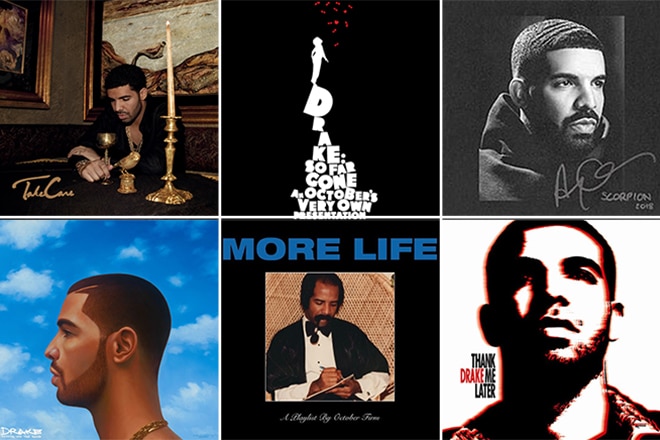 Posted at 21:32h in All Articles, News by Byron Grant

Whether you love him or hate him, like him or loathe him, it’s hard to argue against Drake’s never-ending list of accolades and stacked discography.

Drizzy’s medley of rap infused with RnB that demands the audience of a pop artist, has been breaking chart records ever since his debut single ‘Best I Ever Had’. Some of his memorable accolades include holding the record for the most Billboard awards won in a single night (13), being the only artist to remain in the Billboard Hot 100 chart for eight consecutive years and having the first album to hit one billion streams in a week.

Such accolades are indicative of a telling trend, that when Drake releases bodies of work, they hit hard. Singles, mixtapes, albums… the Toronto artist has a stacked discography. So without further ado, Plugsville will delve through his archives and rank Drake’s top 10 projects. 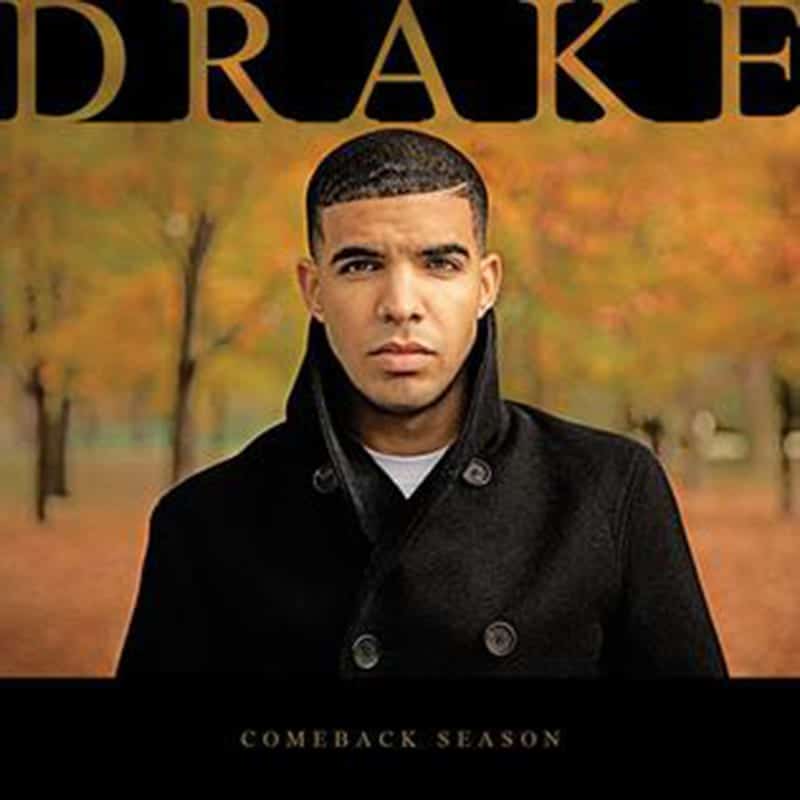 Drake was still a relatively unknown commodity when Comeback Season dropped in September 2007. The mixtape includes songs that have come to define Drake’s style in the years since; simply-constructed, yet witty and hard-hitting one liners in a melodic Canadian accent intertwined with smooth harmonies. Trey Songz features in a couple of the songs on this mixtape also, an interesting caveat considering their somewhat limited collaborations this side of the decade. Still repping the ATF (“All Things Fresh”), the mixtape is a great introduction to the artist Drake is as well as an introduction to events and topics that may have stimulated his future verses. 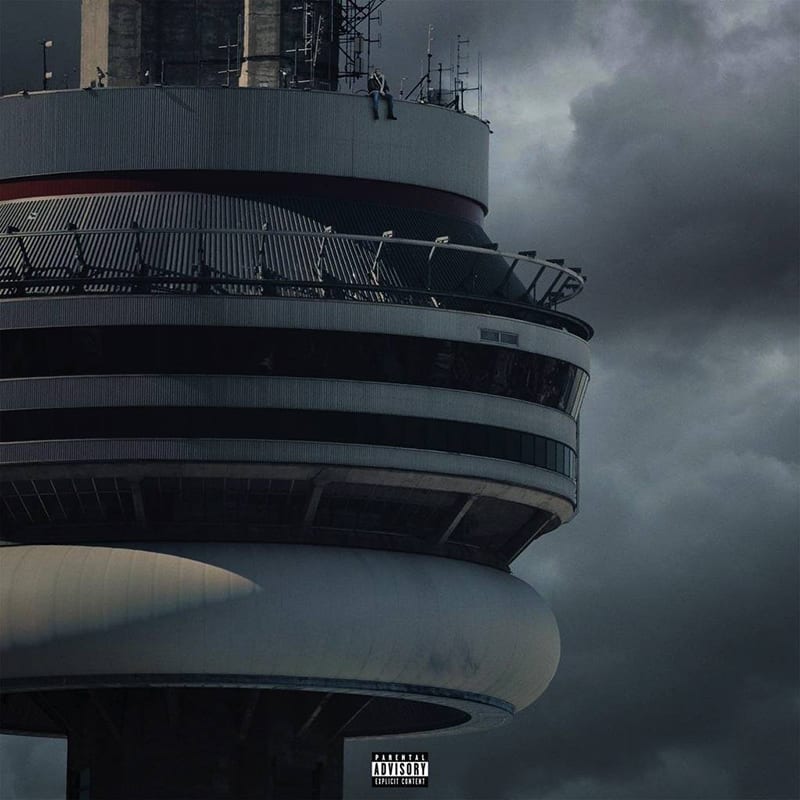 Drake was at the peak of his powers when Views was released in 2016. Hot off the back of his victorious rap feud with Meek Mill, to say fans were waiting in anguish for Views’ release would be an understatement. The expectation, build-up, marketing, and anticipation was like nothing produced by any Drake project that had come before it. With all of this being said though, the album was slightly anti-climatic for me on first listening. Hits like ‘Controlla’, ‘One Dance’, ‘Grammys’, ‘Fire & Desire’ and ‘Faithful’ mean that the album would still rank in a lot of rappers’ top five projects, but its 20 long track listing felt too long. Still, the album became the first to be streamed one billion times on Apple music, became certified quadruple platinum and spent 13 weeks at number one on the US Billboard 200 chart. Ninth place has never looked so good. 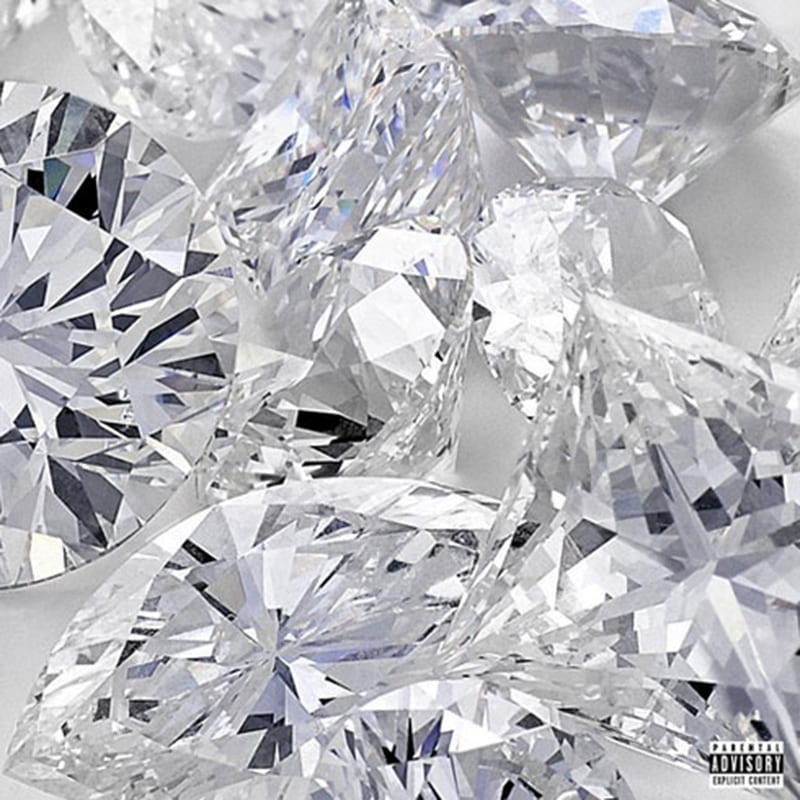 As I wrote previously in my review of Future’s top 10 projects, listening to What a Time to Be Alive premier on OVO Sound was a special moment. The project cuts straight to the chase with its intro song ‘Digital Dash’, and the pace and intensity does not let up for the remaining 10 tracks. Although principally carried by Future’s trap sound, Drake’s features supplement the mixtape well and helps to create a well balanced project. The tape dropped out of nowhere and did not disappoint both Drake fans and members of the Future hive alike. If it wasn’t for the strength of the Drake’s other projects this would rank a lot higher. 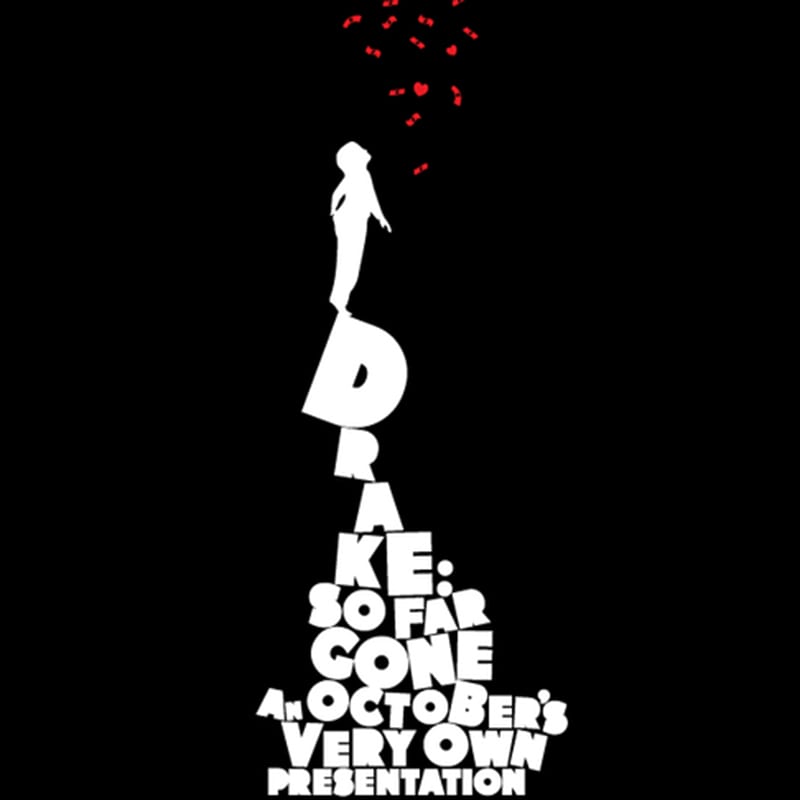 In what has since been heralded as the catalyst for Drake’s career as a worldwide artist, his 18-track So Far Gone mixtape made a major splash in the ocean on its release in 2009. Spearheaded by the double platinum single ‘Best I Ever Had’, the mixtape takes a calmer, more sensitive and alternative approach to the now common topics of sex, strippers and money that we have become so accustomed to hearing. So Far Gone introduced Drake as both a credible rapper and vocalist, with him using singing and his brand of melodic talking in many of the songs. The mixtape also features possibly my favourite Drake song of all time in ‘Brand New’ and for that alone the project deserves many accolades. Many believe that Drake’s success today can be traced back to the strong foundations So Far Gone built for him and his go-to producer, 40.

6 – If You’re Reading This It’s Too Late 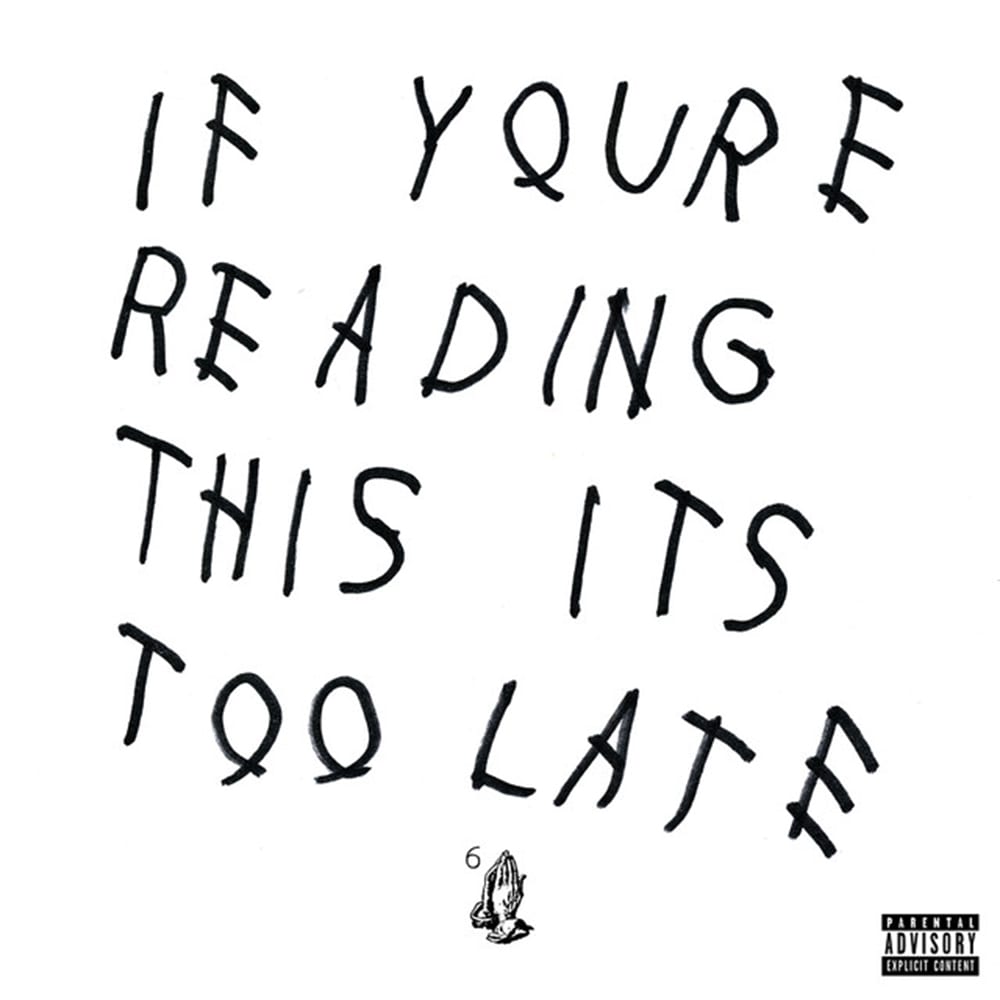 In joint 5th is the project that introduced Drake as the ‘6 God’. The album/mixtape was billed as a project filled with throwaway tracks, a quick mashup of songs to fulfil Drake’s album obligations to Cash Money so that he could be released from the label. As such, many Drake fans (including myself) had already consigned the album to the gallows of disappointment before it had dropped. What was actually produced was one of Drake’s most quote-filled pieces of work to date, generating tracks that he continues to perform in his tours now such as ‘Energy’ and ‘Legend’. The tape will probably best be remembered for producing the track ‘Know Yourself’, which became a cult classic and instant turn-up track across the globe. During his feud with Meek Mill, Meek highlighted that sections of the track were infact written by musician Quentin Miller, publicising a snippet of Miller’s vocals on the same track. Drake was quick to hit back with diss tracks, including ‘Charged Up’ and ‘Back to Back’ which put Meek’s career on pause temporarily, but the allegations alone were enough ammunition to keep Drake haters occupied for a while. Nevertheless, the sheer amount of bangers here warrant its place in joint fifth. 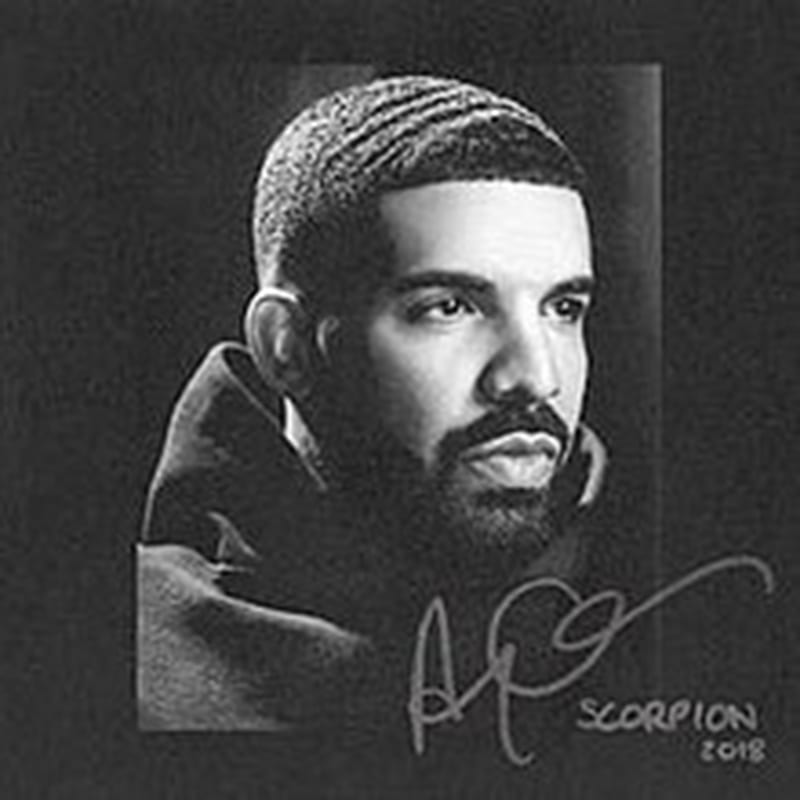 Memorable Tracks – God’s Plan, Nice for What, In My Feelings

Tied in fifth is Drake’s most recent album Scorpion. The 25-track album is sliced in two, with the A side primarily showcasing rap and hip-hop tracks, and the B side focussing on producing a more RnB feel. The album is headed by the hit singles ‘God’s Plan’ and ‘Nice For What’, with ‘In My Feelings’ and ‘I’m Upset’ supplementing its success. As we’ve come accustomed to by now with Drake projects, the album has done crazy numbers since its release, breaking both Apple and Spotify single-day streaming records and going certified platinum on its day of release. The album is Drake’s first two-sided album, which is surprising given his love to both sing and rap – a characteristic he’s displayed throughout his discography. Drake’s ability to open up on tracks is up there with the very best and he further displays these skills on ‘March 14’ and ‘Jaded’ where he documents his relationship with his son and possible alleged feelings for Jorja Smith respectively. Overall the album is solid without pulling up any trees, such is the high standard the man has set for himself. 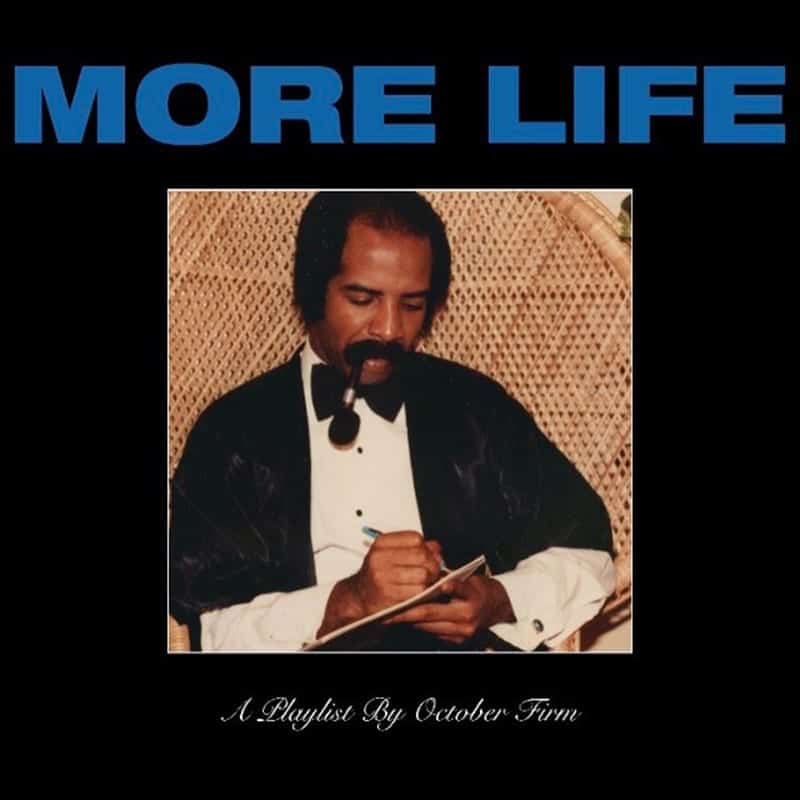 Is it an album? Is it a mixtape? Is it a playlist? Whatever More Life purports to be, what it most definitely is is a stellar composition of music. With heavy UK influence in both choice of artist and sound, the tape is littered with quality features from the likes of Skepta, Giggs, Jorja Smith and Sampha, as well as popular US artists including Young Thug, Quavo and Kanye West. Each song fades seamlessly into the next, making it easy to just press play from track one and let the music take you. The tape has a track for every feeling, for every mood, and for every situation, and the hype generated by ‘KMT’ especially in 2017 is something that many fans can tip their hats to. It is instantly obvious that meticulous time, care and attention was put in to the development of this project, and it is well deserving of its place in the top five of this ranking. 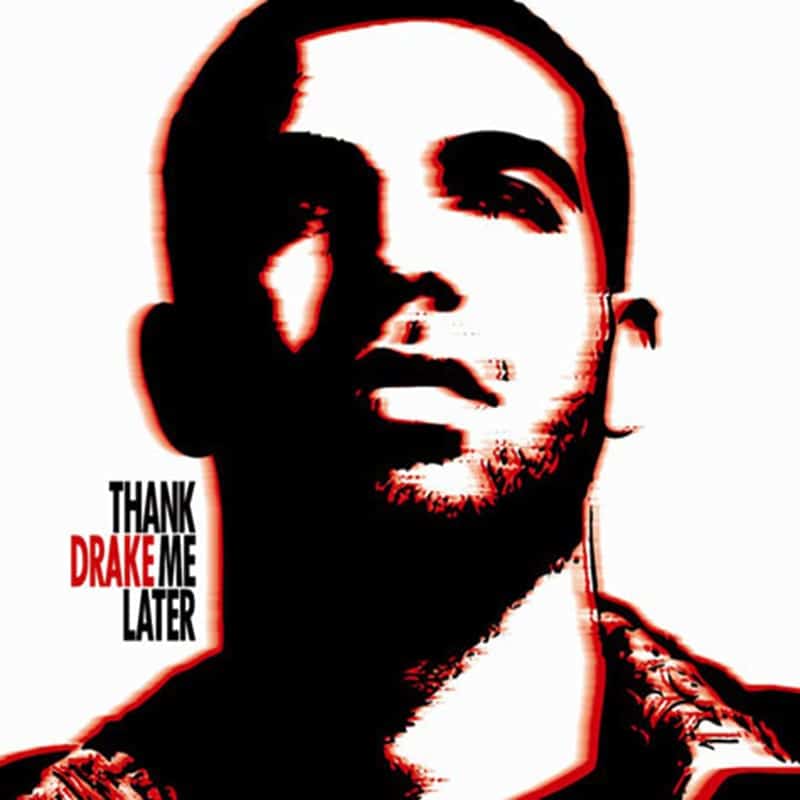 Memorable Tracks – Shut It Down, Over, Find Your Love

Following the success of the So Far Gone mixtape, it was time to give the fans what they wanted…a studio album. Thank Me Later was dropped in the summer of 2010 and garnered support from all that listened to it. The singles ‘Over’ and ‘Find Your Love’ did serious rounds on the radio stations, whilst ‘Up All Night’, ‘Karaoke’ and ‘Shut It Down’ proved to be far more than just album tracks but outstanding songs in their own right. The album is incredibly intimate and allows listeners to get a real insight into Drake’s life and things he’s been through including his parents’ divorce, relationships with women, and coping with his newly found fame. The album cemented Drake’s position at the upper echelons of the game, a place he has not relinquished since.

2 – Nothing Was The Same 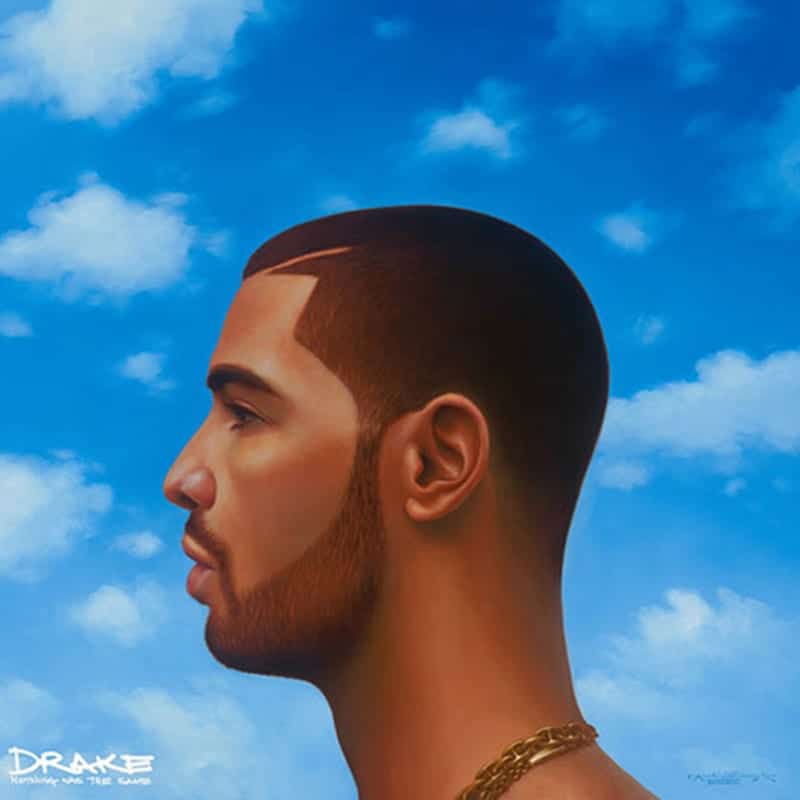 Drake had the game by the balls by the time NWTS was released in 2013. Rather than release singles, Drake had jumped on a multitude of tracks as a featured artist in the lead up to NWTS such as French Montana’s ‘Pop That’, A$AP Rocky’s ‘F*ckin Problems’, and ‘Versace’ alongside Migos, keeping him relevant and adding to the buzz of another album. At 13 tracks the album is one of Drake’s shorter bodies of work, but what it lacks in length in more than makes up for in punch. The bars found in ‘Pound Cake’ and ‘Tuscan Leather’ are some of Drake’s best and yet, as per, he balances these with softer tones as displayed on ‘From Time’ and ‘305 To My City’. The whole project includes no skippable tracks and provided the soundtrack for my entire academic year. For these reasons alone it deserves to be top two, but not quite enough to take the top spot… 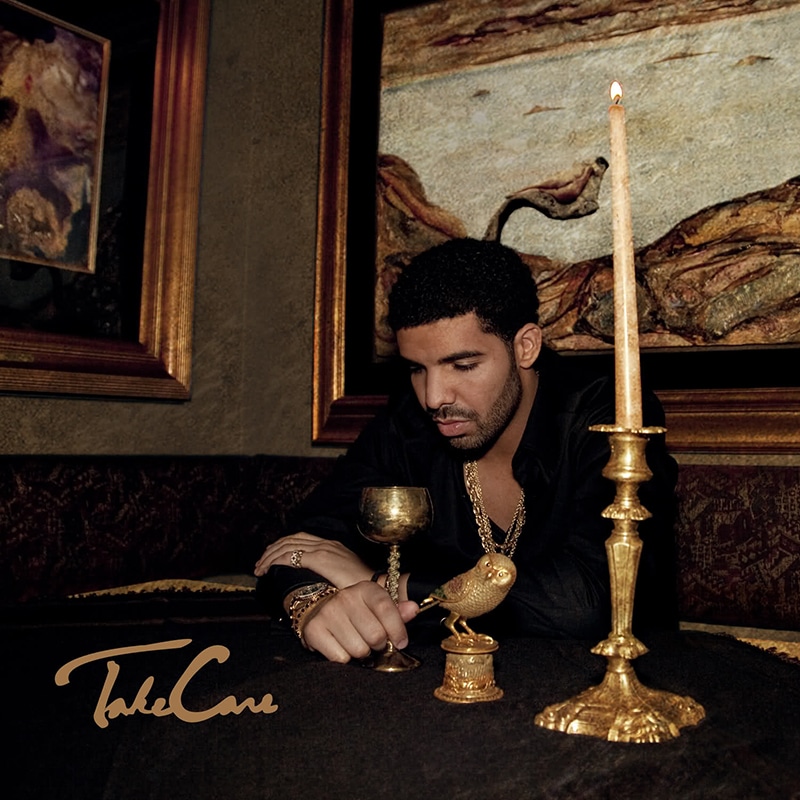 Taking the throne is Drake’s undisputed best album, his sophomore release Take Care. The album contains every element of Drake’s repertoire to its most optimised level, whether that’s creating a sorrow, thoughtful mood as in ‘Marvin’s Room’, or just barring out of control as in Lord Knows. Take Care also includes a plethora of what can only be called ‘club bangers’ , with ‘Crew Love’, ‘Headlines’, ‘HYFR’ and ‘Take Care’ being ever presents in clubs everywhere. The album also flaunts producer 40 as one of the best sombre mood-makers in the game, introducing melancholic yet vibey beats rarely seen before. From the pace of the album, to the balance, the flows, and the sounds, the album is timeless and it is no surprise that it delivered Drake’s only album-related Grammy thus far. For one artist to achieve so much variety on a single album is truly incredible and it is only right that Take Care secures the no.1 spot in the list of Drake’s best projects.