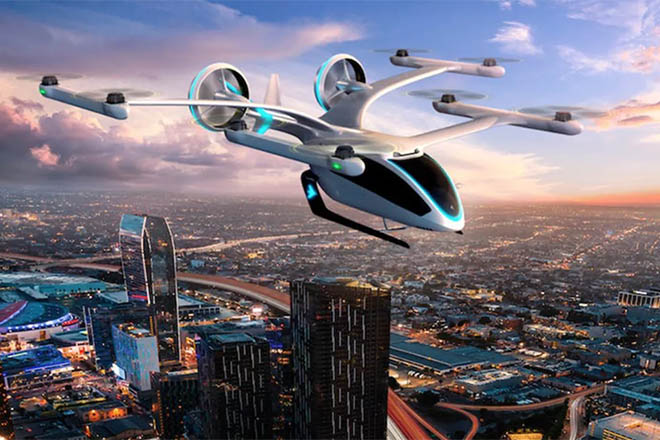 04 Nov 2019 Uber Air plans to make flying cars a reality by 2023, but can the ride-hailing giants make air travel as convenient as their taxi service?

Flying cars have become something of a poster child for futuristic thought, a concept which seems too exaggerated to ever become a reality. But Uber Air aims to solve that dilemma through the introduction of an aircraft that will fly in the sky and be as readily available as a taxi.

So what does all of this mean? If Uber can find a way to make travelling in the sky fast, cheap and accessible, they could change the world as we know it.

Could Uber’s plan to launch flying actually work? Plugsville breaks down everything you need to know.

How does the concept of flying cars actually work?

Dubbed ‘the future of urban mobility’, Uber is aiming to design a mode of transport to replace cars, not airplanes. The technology fueling uberAIR is known as eVTOL, which stands for electric vertical take-off and landing. At present, Uber is currently working with six partners, announcing its most recent partnership in June 2019 alongside a company called with Jaunt Air Mobility.

Jaunt own the intellectual property to the slowed-rotor technology that is ‘key to enabling lift without the excessive noise from a traditional helicopter’s rotors’, which would help to make the aircraft 32 times quieter than a standard helicopter. Uber Air is expected to travel between speeds of 100-200 miles at altitudes between 1000 to 2000 feet, with customers boarding the aircraft at a ‘Skyport’, essentially a rooftop or launch point.

Uber plans on having ‘around 50 Skypads’ in each city it operates in by 2030, so it could be some time before their new flight service is providing 15 million rides a day like it currently does with its taxi service. Uber Air plans to reduce travel time considerably. For example, a flight from Narita International Airport to Haneda Airport in Tokyo, Japan, would only take 17 minutes via uberAIR. By taxi and train, the same trip would take 110 minutes and 97 minutes respectively.

However, the batteries needed to fuel such an aircraft do not currently exist yet and could prove a hurdle in bringing Uber’s flying car idea to market, as Mark Jennings-Bates, vice-president of a flying cars start-up called PAL-V, explained: “The best the industry has seen so far with an electric drone vehicle is a projection that it can fly for 20 minutes. That makes it an unusable aircraft because it must have a half-hour spare capacity.”

If Uber Air is a success, how could it change how we travel?

Uber plans to charge $6 per mile travelled, which could eventually fall as low $2 per mile. If all goes to plan, by 2030, uberAIR plan to ‘launch 1,000 aircrafts across 50 cities globally’. The ride-hailing giants have been piecing together a flight plan to make commercial uberAIR flights available to riders by 2023 in Dallas and Los Angeles.

The focus of uberAIR is pointing towards providing short-haul flights within the same city or country. EasyJet plans to launch the shortest mainland UK flight from Birmingham to Edinburgh in March 2020, which will take 70 minutes gate to gate. Uber’s challenge is providing a flight service that considerably reduces the time spent at airports.

Only 16% of the passengers going through an airport actually buy something, according to Dufry, one of the world’s largest travel retailers by sales. So the allure of snagging a few cheap goods at duty-free is something less 20% of customers actually follow through with. Food retailers at airports can get away with higher prices which customers reluctantly pay due to the lack of alternatives and in 2018, the UK experienced the second-highest number of flight delays and cancellations of any country in Europe. All of these factors suggest that there is a gap to be filled in offering quicker and cheaper flights without all the hassle of going to an airport.

Besides Uber, who else is trying to make flying cars a reality?

Uber Air represents the biggest concerted effort to launch air taxis, but they are by no means the only company trying to put cars in the sky. There are over 20 different flying car initiatives at present each at differing stages of development, but here is a look at five other ways flying cars could become a reality: 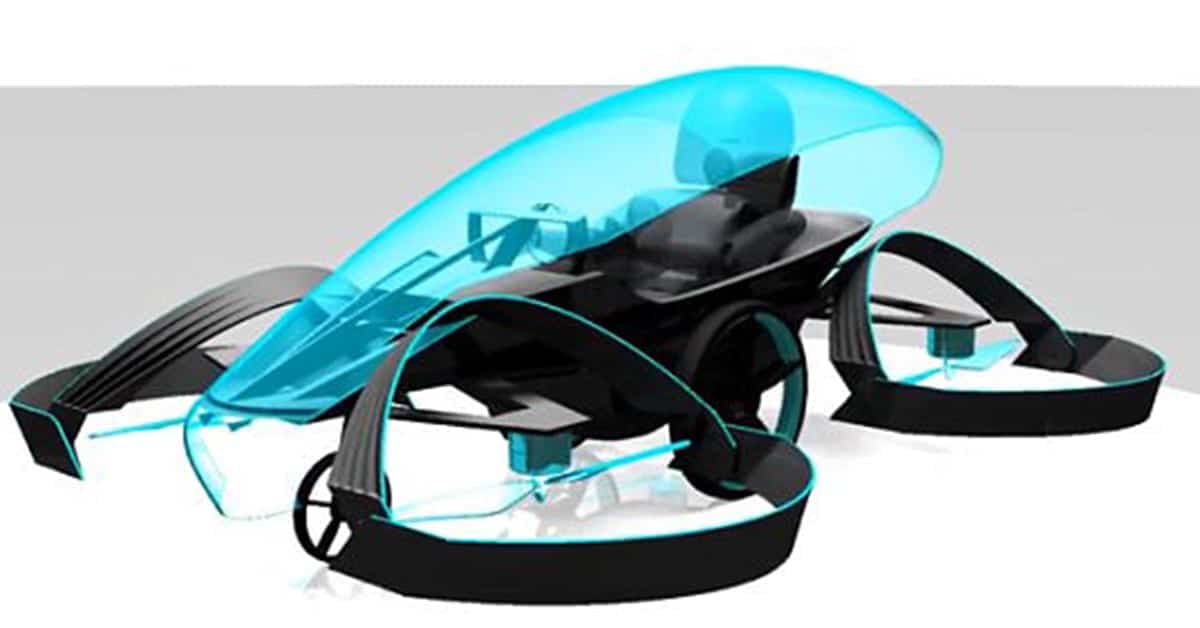 Toyota has offered its backing to a flying car project some of its employees had been voluntarily working on. The ‘SkyDrive’ is a vehicle that would be able to fly 10 metres above the ground at speeds of up to 62mph, aiming to become the “world’s smallest” flying EV. Although Toyota only offered a sum of around $353,000 to the ‘SkyDrive’, they recently announced plans to invest up to $9.3 billion in ‘new technology’.

According to AutoGuide, Toyota appears to have filed for a patent for a ‘dual-mode vehicle, while also covering  ‘a method of transitioning the vehicle from a land mode to a flight mode.’ Toyota is aiming to launch the 2020 Olympics in Tokyo using a SkyDrive. 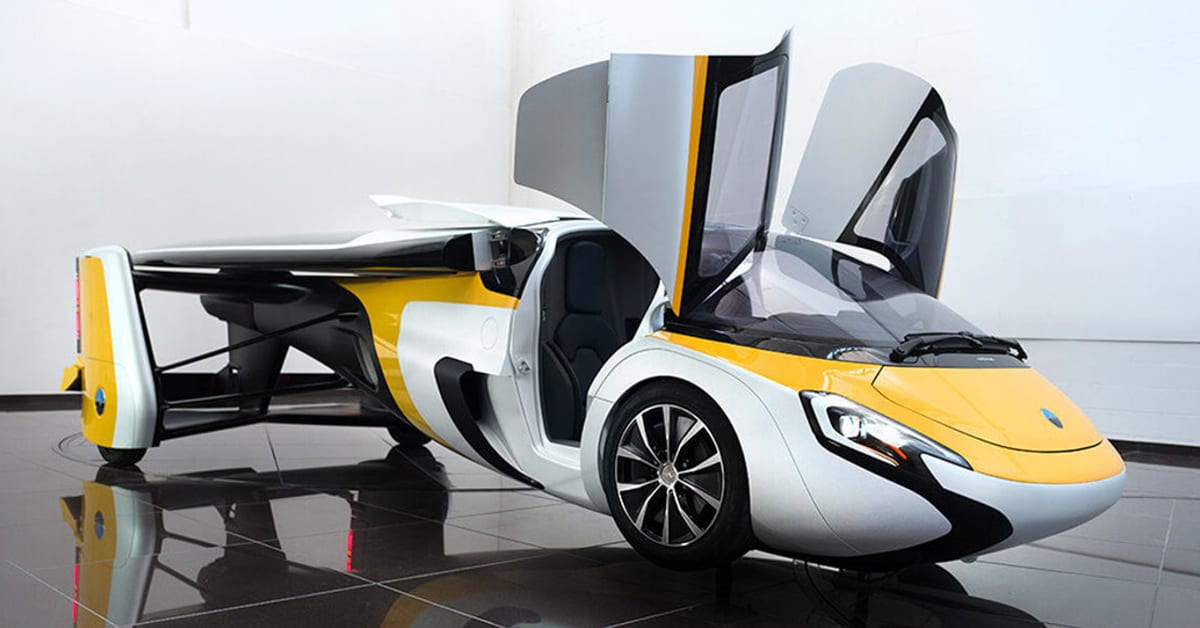 The AeroMobil is a ‘hybrid’ model designed to fly in the sky but also be usable on road, which means it would require a runaway to achieve lift-off but also boast retractable wings and wheels.

The company itself describes the model as a ‘unique combination of car and airplane’ and the AeroMobil is currently on its fourth prototype, expected to be available to private owners by 2020. 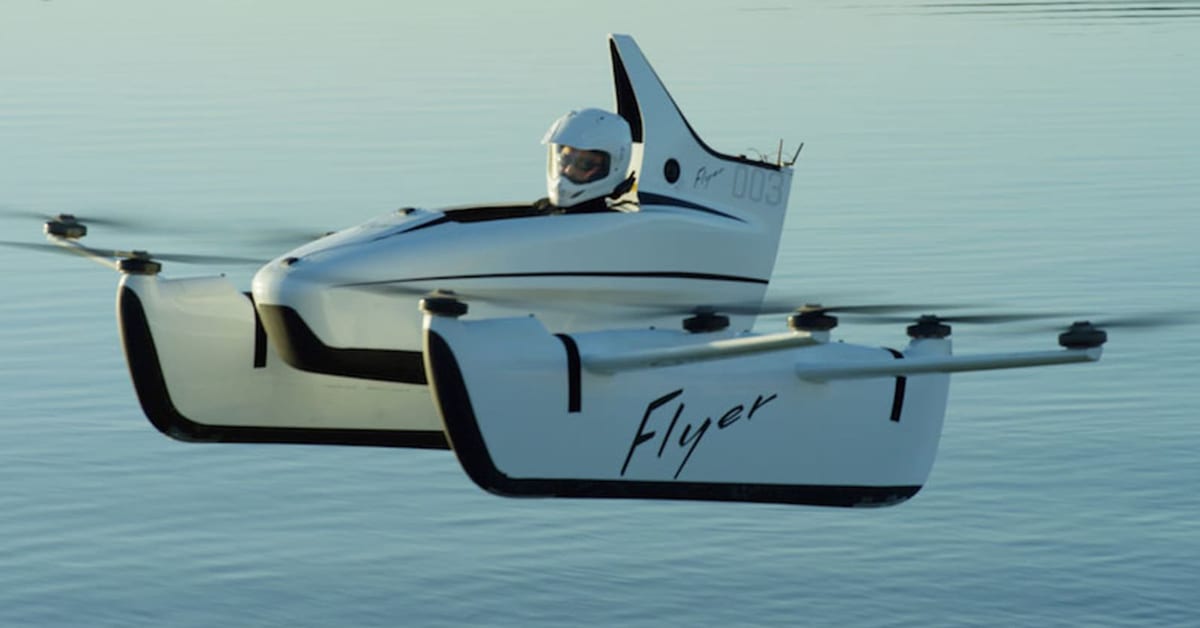 Funded by Google co-founder Larry Page, a keen investor in air travel and Sebastian Thun, who lead Google’s self-driving program, this aircraft is said to be as ‘as easy to use as playing Minecraft’, meaning a pilot’s licence is unlikely to be needed in order to fly it.

Kitty Hawk is working on two types of aircraft. Their ‘Heaviside’ would allow for an air taxi service, while the ‘Flyer’ is a personal aircraft aimed at providing off-road fun. 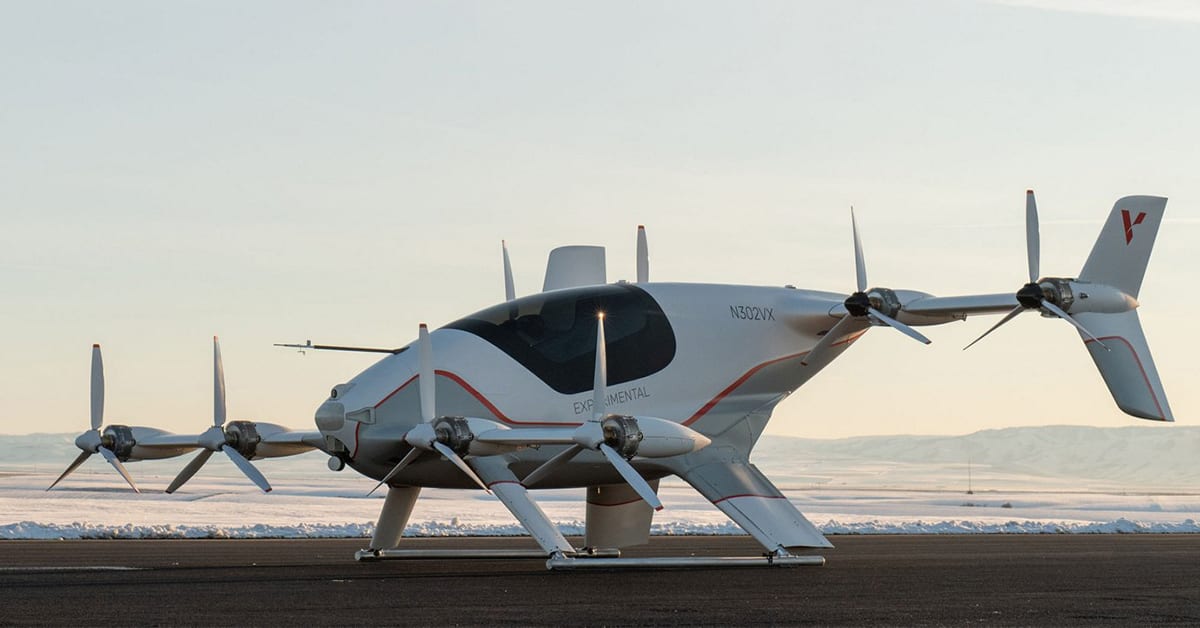 This aircraft is designed to be entirely self-piloted.

Back in January 2018, the Airbus Vahana successfully completed its first pilot test, raising 16 feet in the air and remaining there for around 53 seconds and have since carried out further testing. The company say they are on track to their deadline 2020.

‘One vehicle, two modes of transport’ is the aim of the ‘Transition’, another hybrid model designed for both road and air travel.

Terrafugia’s ‘Transition’ uses a combination of gas and electric engines and is designed to be small enough to store in your home garage.