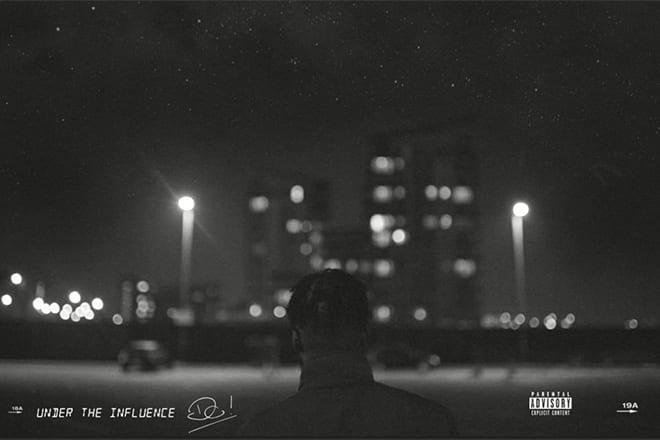 Posted at 18:09h in All Articles, News, Plugsville Reviews by Ajay Rose

When Plugsville interviewed DC back in 2017, he said he would be releasing a project that same summer. Fast forward two years and we now have Under The Influence, a 10-track, feature-less body of work which has been a few years in the making but was definitely worth the wait.

If you’d been following DC’s work prior to this tape, you’d already be familiar with his smooth style, particularly, his crisp, impeccably-timed delivery. On Under The Influence, DC takes huge strides towards shifting from being just a slick rapper to increasingly well-rounded artist who appears to have found his lane.

The production on Under The Influence, handled by Nastylgia, Fanatix, Z Dot, Krunchie, Nosa, Writers Block and ATG, and is multi-layered and carry a dynamic feel to them. At times, like on ‘OG’, the tropical drum and trumpet sounds which run constant throughout the track carry an atmosphere of their own, but DC makes sure his flow rules superior, delivering an emphatic MMG-inspired chorus to cap off the project.

Elsewhere, DC takes it upon himself to direct the beat around what he’s saying, and in doing so, he avoids falling into the realm of ‘this track is only good because of the beat’, like on ‘Holla’, where his snappy, lightly-melodic chorus elevates the tropical-clicks and futuristic-undertones that help shape set the tone.

On ‘Co-Sign’, he catches the beat at just right the right moment throughout, dropping longer verses that stay interesting and feature multiple flows. When DC says ‘I work my ass off so I don’t ever need a co-sign’, he paces his flow at the exact tempo of the Indian-sounding keyboard effects that run alongside the heavy-bass drum patterns and echoing sirens that Fanatix serve up on production with tremendous ease.

He samples Kut Klose’s 1995-release ‘Don’t Change’ for the opening segment on ‘Overdraft’. These are just a few detailed breakdowns from a project littered with tracks which can be broken down into a multitude of well-oiled parts combining to great effect.

DC’s ability to bar has long been known. Check out tracks like ‘Gleamin’ or ‘Local’ freestyle, or ‘Cold’ for proof of that. We have also seen a willingness to experiment with different sounds, like on ‘Strong’, where he sampled Daniel Beddingfield’s ‘Gotta Get Through This’ for his own Garage track, or the introduction of melodies into his flow found in his COLORS freestyle, which samples Ashanti’s ‘What’s Luv’ and sees him drop a few lightly-sung bars around the chorus.

On Under The Influence, it’s clear that DC has spent time honing his craft and finding ways to not only improve what already thrived at but add new styles to his palette too. The melodies found on this tape aren’t excessively drenched in autotune, nor do they sound forced. He keeps things simple, but effective, as evidenced on tracks like ‘Hustla’, ‘Holla’ and ‘Lost’ which sit between fast rap that almost sounds like a melody and actual light singing, all of which sounds clean and complimentary to the overall aura of each track.

The mixtape ends with ‘OG’, a song about DC never having an OG-like figure to look up to. That sense of having to trailblaze your own path is crystal clear on Under The Influence. DC took some time out to work on his craft, displaying patience and persistence that might trick other artists into releasing sub-par music just to ‘stay relevant’ and dropped a highly memorable project.