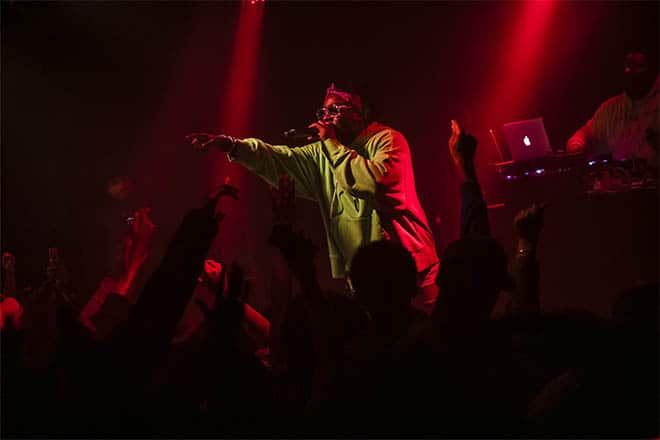 Posted at 23:14h in All Articles, Events, News by Kirin Sall

Wale ended his long-awaited hiatus and performed his first UK show in nearly a decade at XOYO in Shoreditch. And it was definitely worth the wait.

The room rapidly filled with fans anxiously awaiting the rapper’s sound-check to complete in the basement and for the concert to begin. It was easy to see and hear the hype in the sea of people as you walked down to the floor below as the already packed venue was filling up quickly. 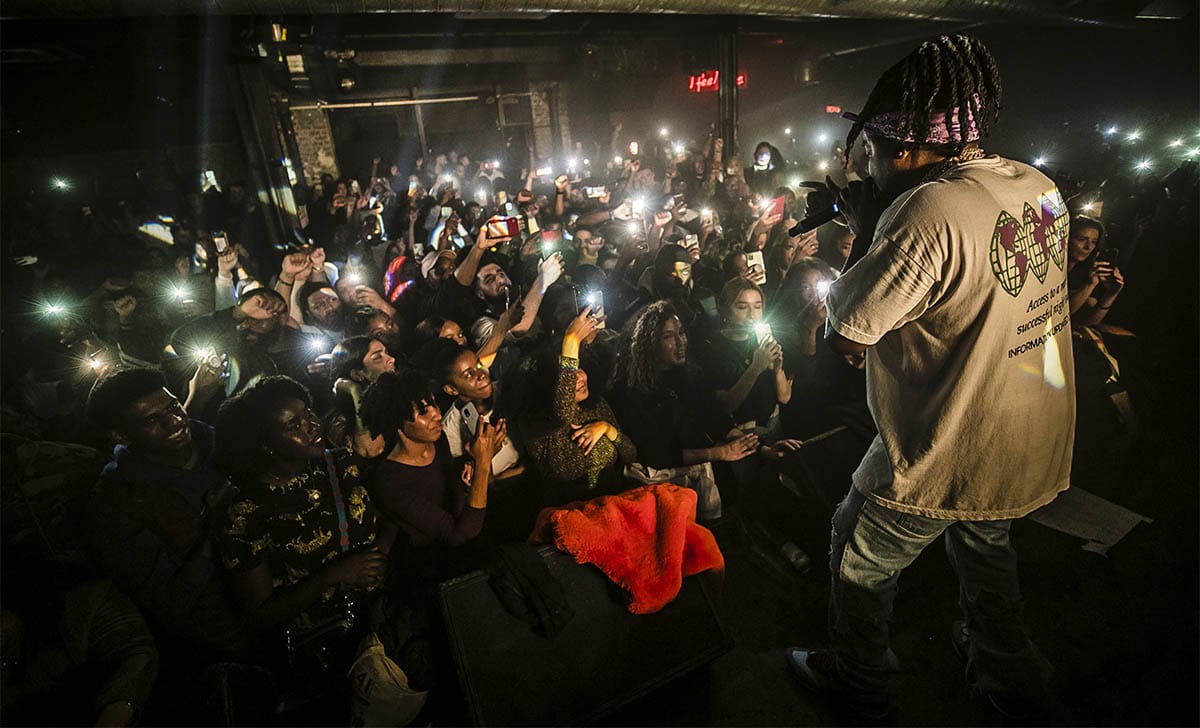 DJ Money did an amazing job opening the show playing a wide variety of tunes to warm up the sold-out crowd, with old school tracks from Mark Morrison, Destiny’s Child and Kanye West to new school Drake, Beyoncé and more. By the end of his set, the audience were chanting Wale’s name in anticipation.

Arriving onstage, Wale was welcomed with open arms and a lot of screaming. He smoothly transitioned into one of his most loved songs ‘Lotus Flower Bomb’, sending the girls in the crowd into a screaming frenzy and this only exceeded in volume as he jumped into his next track ‘Poledancer’ featuring 2019’s hottest female rapper Megan Thee Stallion, and teased the audience with the intro to her banger Big Ole ‘Freak’. 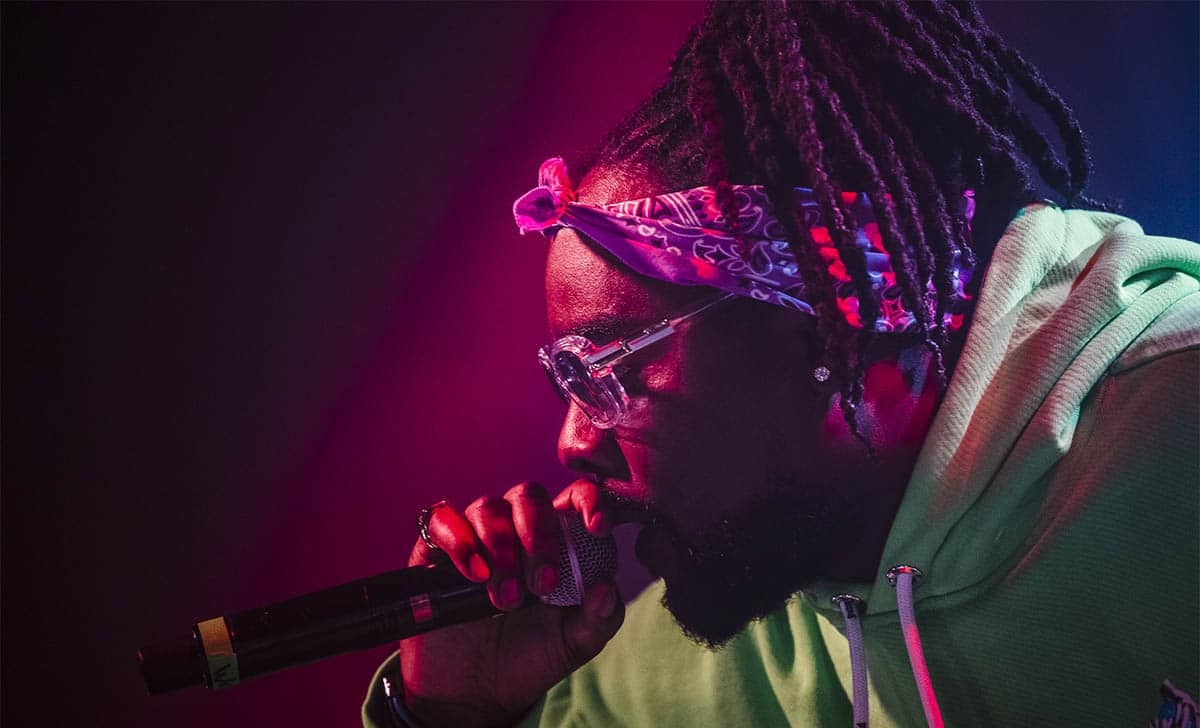 The 35-year-old Washington native XOYO was the smallest room he has played in the two months he has been on tour, yet despite this, the deeply intimate set felt almost exclusive as every member of the crowd sang along to every tune as if they wrote it themselves. He admits his nerves to return to a London stage and didn’t know what to expect since it has been nearly eight years from his last performance.

The energy in the room was epic, eclectic and exhilarating and the long wait and anticipation for Wale’s entrance was worth it. He soon elevated into some of his more recent songs like ‘On Chill ft. Jeremih’, ‘Chain Music’ and ‘Fine Girl’ before taking it back to old flames like Ambition and ‘Chillin ft Lady Gaga’. 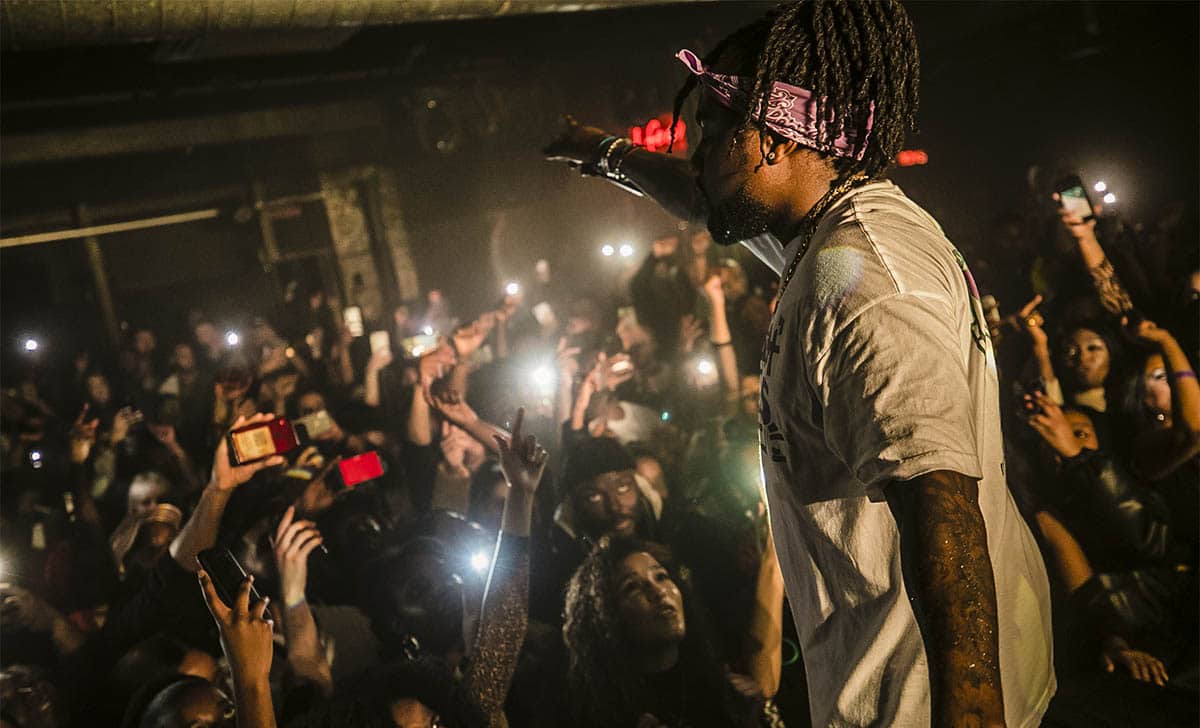 Wale and his on-stage hype man were forced to switch mics a few times due to some technical difficulties, but this didn’t deter his commitment to delivering a heartfelt performance. The attention never shifts from the stage as Wale transcends into intense and extensive sounds eluding the magic in his voice, his craft and his artistry. By this point, the shouting of ‘Wale’ from the XOYO crowd became almost deafening, and you could easily tell he was sorely missed in his six-year absence from the UK.

Wale then threw his sweat-drenched towel into the crowd as he goes into his final track at his London return show ‘Love and Loyalty’ before a bittersweet ending. There was no outro music, only the memories obtained by those in attendance, and for a lucky someone, Wale’s very own used towel.

All images courtesy of Matt Graham.