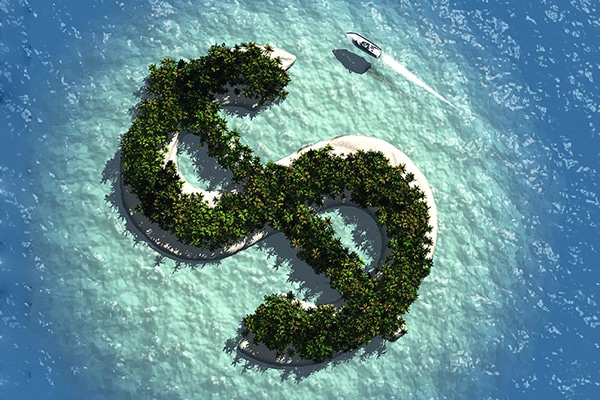 07 Nov What are offshore tax havens and how do they work?

Posted at 19:42h in All Articles, News by Plugsville

Economist Gabriel Zuchman estimates that £5.3 trillion, around 8% of the world’s wealth, is stashed offshore, while the EU is denied up to £158 billion each year by tax havens.

The Paradise Papers have provided an unprecedented insight into the relationship between the world’s richest figures and their relationship with offshore finance, although, tax havens remain a somewhat unknown quantity, despite being an integral part of the world’s economic fabric.

Here, Plugsville explains everything you need to know.

What are offshore tax havens? 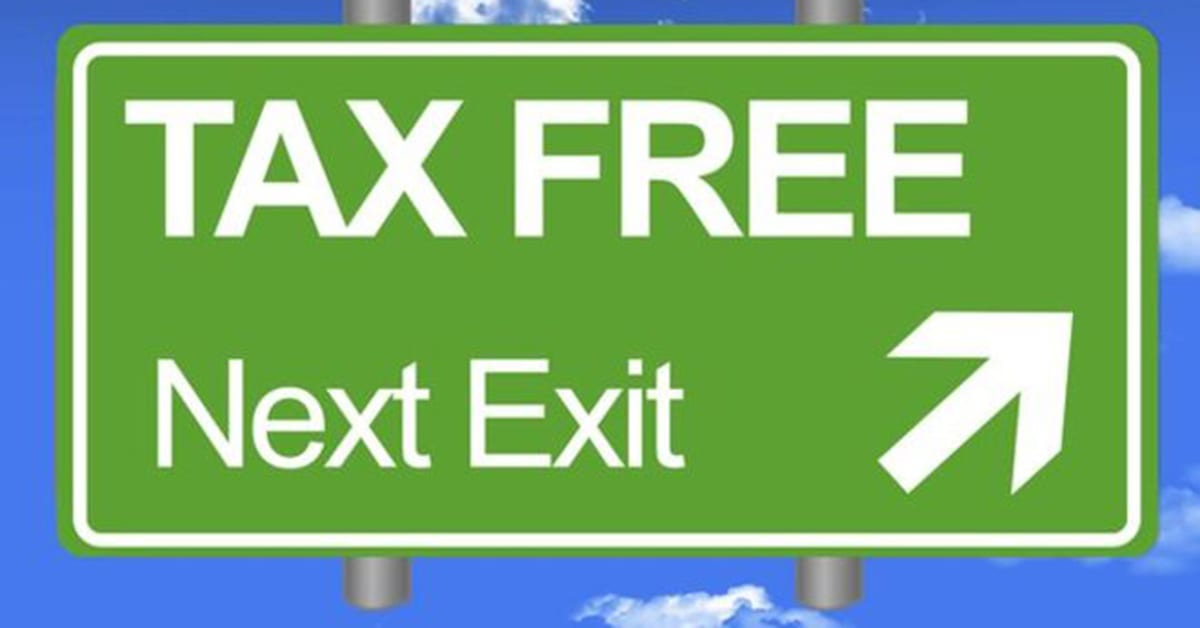 In their simplest form, tax havens are countries which offer people and businesses a minimum tax liability with little financial trace. They are used to avoid tax laws elsewhere.

Tax havens aren’t always necessarily used to create wealth, but to preserve it. This may not always be not be a monetary-fuelled action, but one that comes from not wanting to be exposed, protecting important goods or reducing the threat of those assets being exposed in one way or another, for example, a criminal not wanting the authorities to know the extent of his wealth.

The controversy surrounding tax havens stems from their legality and how they can be used for seemingly illegitimate gains, like avoiding taxes. A tax haven is any country that has favourable tax laws, like Bermuda, Cayman Islands, Jersey, the Bahamas, Belize, the British Virgin Isles or Andorra. To illustrate, the population of the Cayman Islands is around 60,000 but there are more than 90,000 registered companies there and the country held banking assets worth $1.4 trillion in 2014, despite total GDP equating to just a few billion.

Not only do they offer financial incentives, but secrecy to, as there are minimal documents involved with tax havens, driven by a culture of keeping things under wraps.

How do they work? 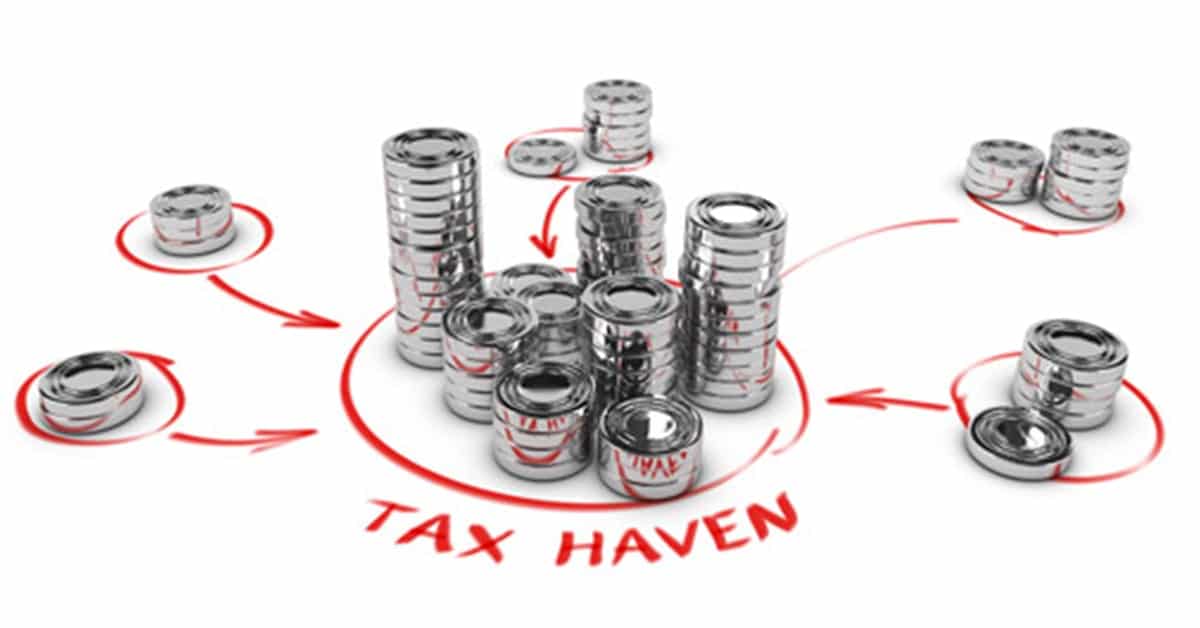 By using offshore finance, a person or entity with a vast sum of money is able to sidestep the tax laws of the country they made those profits in. For example, in the UK, the corporation tax currently stands at 19%, with that figure jumping to 55% in America and falling to 12.5% in Ireland. In many tax havens, that figure is often ranges from zero to no more than a few percent, whilst the same also applies for inheritance tax and personal tax allowances to.

Businesses often utilise a strategy known as corporate-profit shifting, which involves relocating a hugely-profitable part of a company to a country with ultra-lax tax laws. Profits are transferred from the country where the sales are actually made to one with far cheaper tax laws, allowing a company to reduce its tax bill considerably.

On an individual basis, anyone with wealth can simply transfer their assets to a trust in an offshore tax haven, meaning those assets won’t be taxed in the country in which they live. Assets are placed into a ‘trust’ that allows a third party to manage those assets in the best interests of named beneficiaries, essentially an agreement that allows a person’s assets to be registered under a different name in a different country.

For example, if you had a yacht and wanted to register it offshore, you might put that yacht in a trust in Bermuda and then become a beneficiary, allowing you full control of your assets. That yacht would still be yours, you could still use it in the UK as you please, but it would now be out of the reach of UK tax laws, as it would be registered in Bermuda and subject to their low tax rates instead.

Alternatively, a high-ranking person can simply apply to become a resident of a low-tax country to lower their tax bill, whilst said another advantage of trusts is that they a beneficiary would not be subject to inheritance tax when the person who deposited the assets into the trust passes away.

What impact do tax havens have? 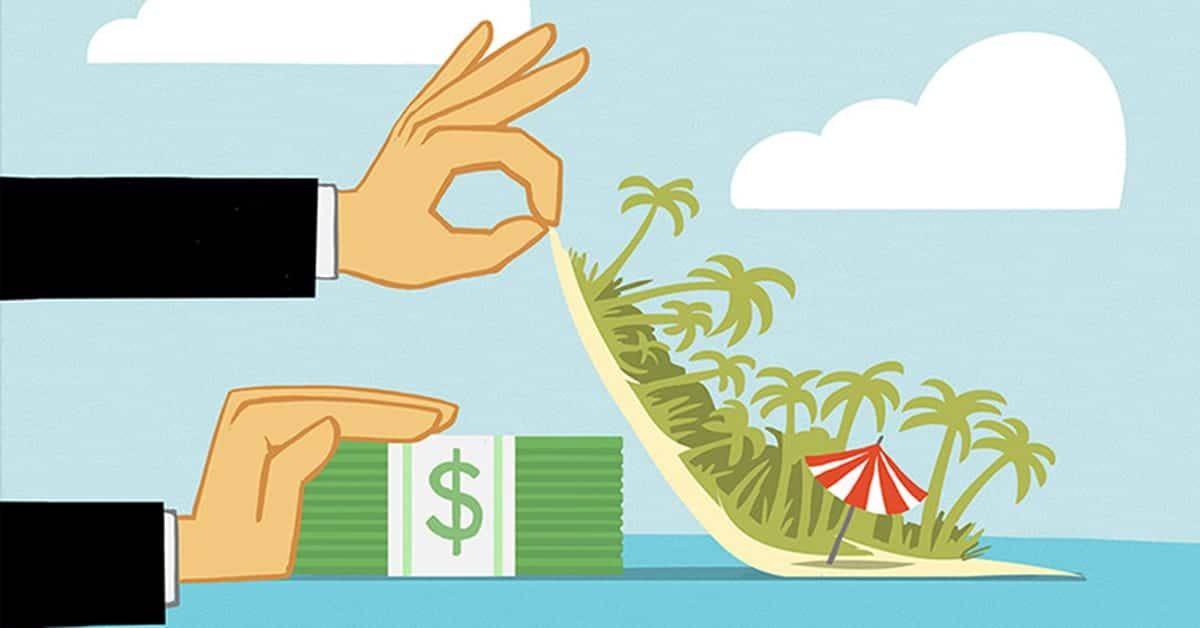 The more money not collected by a country through tax, the less money there is to spend on public services. Or at least that’s how the theory goes. Although, the impact of money lost through tax evasion in less developed countries is considerably greater than it is in developed areas.

Research shows that in many cases, had countries in this region been able to rely on funds from its wealthiest citizens, they could avoid situations in which they need debt forgiveness, let alone incur debt in the first place. Nigeria alone has seen some $300 billion leaves its shores through tax avoidance since 1970, whilst the Ivory Coast has also seen more than $140 billion leaves its shores through similar measures.

India suffers greatly from a ‘black money’ problem. Last year, a tax evasion amnesty swept the country and resulted in $4.5 billion in unpaid tax being repaid, a figure that represents only a fraction of the country’s undeclared income. Some government investigators in India predict that as much as $500 billion is lost each year to offshore finance.

In developed nations, tax avoidance is very much rife but its impact has less of an effect on a country’s economy. Tax avoidance is said to cost the UK £13 billion in the last five years, which equates to around 365 new schools or 21 hospitals. Recently, the Paradise Papers have revealed the extent to which large portions of wealthy individuals in the UK use tax havens, from the Queen to Lewis Hamilton.

What are the Paradise Papers?

The Paradise Papers are set of a leaked documents that expose the world’s richest relationship with offshore tax havens. By leaked, we mean some 11.4 million documents revealing how politicians, businesses, celebrities and high-net worth individuals use offshore finance to keep more of their wealth.