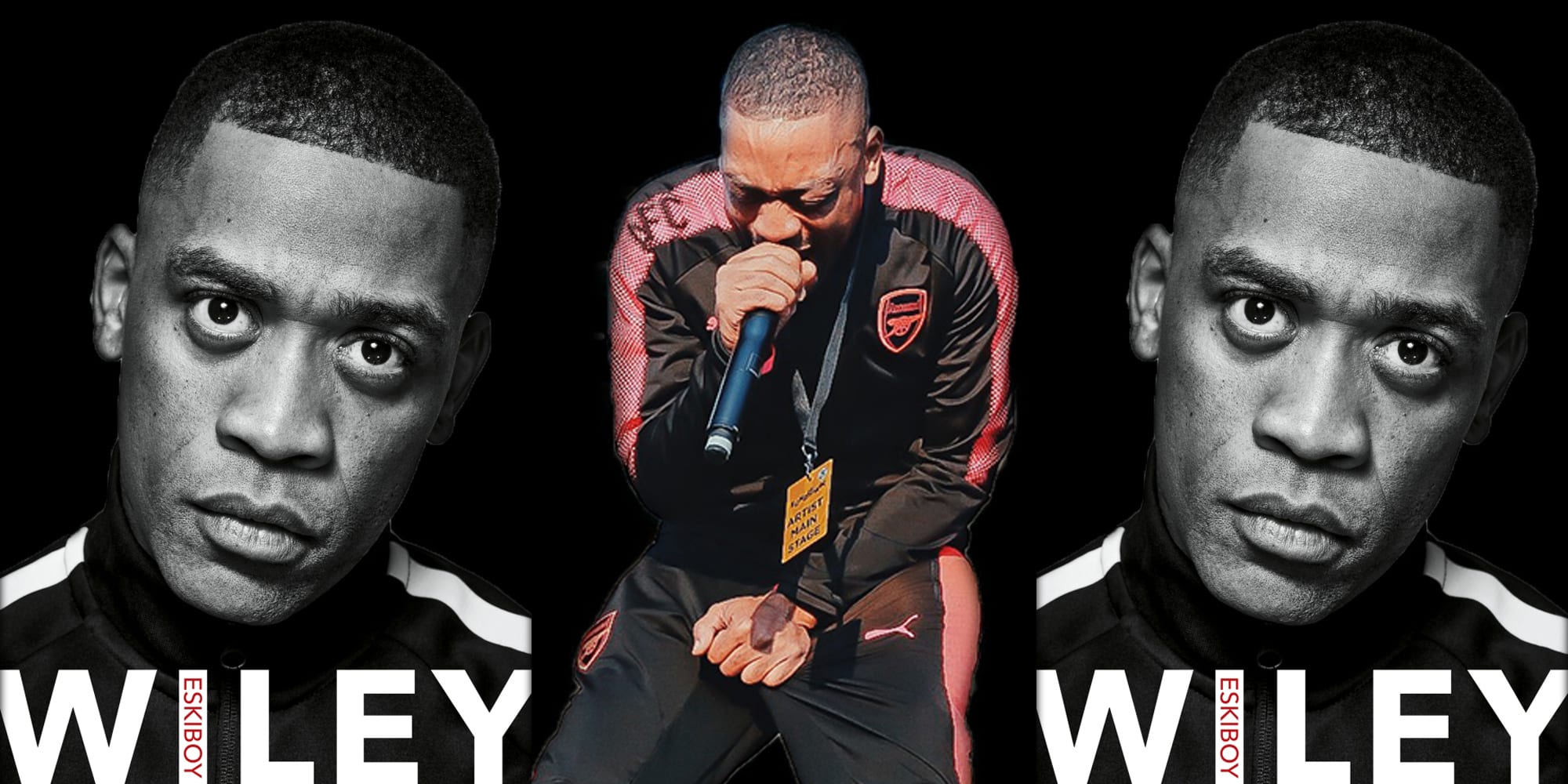 Posted at 16:49h in All Articles, News by Plugsville

Wiley sets trends and his Eskiboy autobiography is no different, providing a necessary no holds barred insight into the life of the grime pioneer.

We learn more about the musical roots that run through Wiley’s family, like how being told to practice the drums as a punishment as a child were among the many antics that laid down the foundations for his love for his music, and how he went about actualising that in his earliest music days.

His buzz grew as he did the rounds on pirate radio when he was as young as 14, recalling a tale about how DJ Slimzee brought him out to his first ever show around the same time, with insight into how he became became proficient enough at Fruity Loops and Logic to become a go-to beat supplier in grime’s infant years.

Wiley stands alone as a powerful MC and has a stacked resume when it comes to also growing collectives, like Ladies Hit Squad and Pay As U Go, explaining how the two merged into one, later leaving Pay As U Go to join Roll Deep. Flow Dan provides a chapter detailing this transition, with the introduction of a certain Dizzee Rascal, among other things, making his continued participation in both groups tough, so he opted with the latter.

Speaking of Roll Deep, past glories of yesteryear are described in length, including how they were the first grime group to get a record deal and the recruitment of different members, before providing a detailed look at the stacked solo career Wiley has embarked upon.

You often hear Wiley talk openly about crossing over into a mainstream sound to boost the genre’s overall popularity. One such moment came with the release of ‘Wearing My Rolex’, a breakthrough cash-cow moment for himself and grime. Here’s a paragraph from a chapter where Wiley discusses the importance of that release:

”Wearing My Rolex’ was the highlight of my whole career. People forget that for a long time grime didn’t really pay. I had to do all sorts of shit, and focus on whatever did pay. If that’s considered selling out, then that’s what I did. That’s what had to happen. ‘Wearing My Rolex’ brought me a lot of money. I made more money from recording one song than I earned in many years of making grime”.

Segments like this and the parts which feature Wiley discussing his issues with Dizzee Rascal, are in-tune with his no holds barred persona.

Rather than putting together a tidy compilation of Wiley’s best moments into a book, you get both sides of the coin and learn more about the selfless and unpredictable nature with which he operates, like how he’d feature on a song, pay for the music video, then not turn up, with plenty of other anecdotes along with the way from the book’s many contributors.

Among those random tales is one about how Jay Z suggested a link up between himself, Kanye West, Beyonce and Wiley in Aberdeen earlier this decade. Wiley and his manager, John Woolf, drove to Glasgow after a show in Manchester and wanted to buy some weed. But they couldn’t find any after driving around for ages, so, despite having travelled all that way, Wiley sacked off the meeting and irately decided to drive back to London.

John Woolf said that when he got the call from Hov, it was one of those situations where ‘you’re not going to say no’. Well, Wiley would and he did.

Other snippets are less humorous but equally as frank, including the segments where he addresses his beef with Dizzee Rascal. This is fall-out is well-documented, but what sticks out is the way Wiley doesn’t hold back when paying homage to the impact Dizzee has had in growing grime. In fact, if you read the book as an eBook and type the word ‘dizzee’ into the search, there are 75 mentions in total, including the chapter entitled ‘Letter 2 Dizzee’, so at the very least, the ‘Boy In The Corner’ is rightly recognised throughout.

The autobiography features words from Wiley himself as well as those of nine guest contributors, including his dad and sister, Flow Dan, Wretch 32, Logan Sama, Scratchy, label head Jamie Collinson and manager John Woolf, making for a wide-enough range of opinions from those who’ve witnessed Wiley’s growth first-hand.

Eskiboy is one of the first grime or rap autobiographies of its time. Books can often paint thorough pictures that aren’t bound to cutting corners in order to make the narrative fit a medium like television or film. With a book, you don’t have to leave any stone unturned and Wiley certainly doesn’t here, allowing for a greater understanding of the legendary grime MC and his unique blend of helpfulness and randomness. That begs the question as to why more artists with similar longevity and success don’t follow suit with autobiographies of their own.