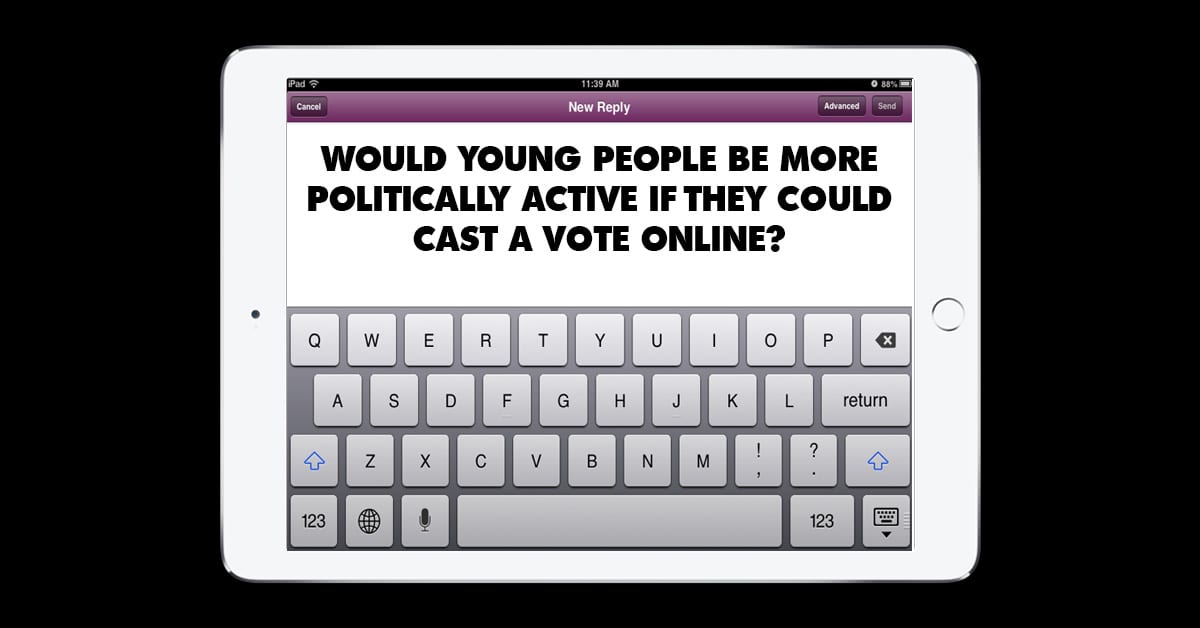 24 May Would young people be more politically active if they could cast a vote online?

Posted at 12:26h in All Articles, News by Ajay Rose

Tapping a screen a few times has never been more lucrative thanks to the worldwide web, a bottomless pit of opportunity, but for all the data-seeking tech giants out there, there are still many pillars of society resistant to the allure of connectivity. Voting in elections is one area kept strictly away from the internet, but would political engagement be higher if voters, particularly young people, could cast a vote online?

A loose description of political engagement among the youth reads along the lines of not really being bothered until some form of crisis hits. A study by two LSE professors shows that 64% of young people voted in Brexit, 19% more than who voted in the 2015 election. Any move to take the ballot box online would need stronger justification than simply convenience, because a walk to a local polling station or letter in the post isn’t such a huge ask… or is it?

One overwhelming argument in favour of voting online is that there is lots of data to prove that moving something online attracts more users of that service, as seen with booking a taxi (Uber), sharing random thoughts (social media) and buying items (online shopping). The act of visiting a local school or sending off a postal vote is relatively non-demanding, considering what’s at stake, but saving time seems to trump all, and as such, it would be fair to assume a higher voting turnout if it was possible to cast a vote online.

Further still, voting online could serve as an olive branch that’s somehow managed to squeeze through the airtight barricade between politics and many areas of society. Said groups of people may distrust or simply have no interest in the political system for a variety of reasons, and as such, choose not to vote. Offering the ability to vote online invites people to have a vested interest in politics, simply because the internet makes offline jobs easier, quicker and more convenient.

If you know you’re not going to vote and don’t care for politics, why bother getting involved? Equally, much-like viral social media campaigns that come with a catchy hashtag, offering the chance to vote online invites people to become involved on the world’s single biggest platform; the internet. The key is here is actually wanting to vote. If people want to vote, they will probably engage more, and getting people to vote online may bring encourage more people to want to vote.

Expecting young people to simply engage with politics in the interests of maintaining the status quo simply isn’t enough. In times past, tuition fees were promised to be reduced then skyrocketed, maintenance payments at university have morphed from free money into repayable loans, youth clubs have been shut down pretty much everywhere and the minimum wage of £5.30 for 18-20 year-olds hardly screams vindication for a hard day’s graft. Those are just four of a growing list of reasons why young people have a genuine reason to distrust the political system.

More people now use the internet than watch TV and Spotify has more listeners than Radio 1. The internet is quickly replacing traditional forms of media and politics would certainly benefit from make better use of it. If the pictures of Sadiq Khan with Stormzy and Jeremy Corbyn with JME were only seen in the papers, far fewer young people would’ve seen them, let alone actively shared them. Instead those pictures were posted on social media to the tune of hundreds of thousands retweets, likes and re-posts among a key demographic.

Many young people have also never voted in an election. Once you hit 18, it’s safe to say the reason you stay up until midnight isn’t so you can register to vote at 00:01, and as time goes on, not voting becomes more the norm. Overcoming that barrier is far simpler when you break down those walls with a wifi-connected battering ram.

However, for all the potential votes on offer, the security of the ballot system itself must come before anything else, so what security risks does casting a vote online pose?

The NHS recently suffered a preventable ransomware cyber-attack, essentially the online equivalent of robbing a bank. But unlike a bank job, where the robbers are known in some form via CCTV or eye witnesses, identifying the cause of a hacking crisis isn’t as straight forward as would seem, as a lot of the time, the attackers remain completely anonymous until its too late. The risk of an electoral voting system getting hacked would carry perhaps the most fatal consequences to be found, therefore placing grave importance on designing a system capable of keeping out the world’s finest online loophole exploiters, something that’s proving increasingly hard to do for both governments and big businesses. 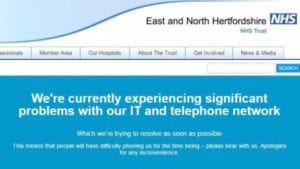 Often hackers are motivated by libertarian principles and look through the lenses of anti-state rhetoric when picking a target. Of course, not every hacker is motivated by such but the point is, if any government worldwide allowed for online voting, it would be the bait of all baits to hackers, who often enjoy nothing more than an attack on a government or global brand. Becoming the person who successfully penetrated a voting register and changed the course of an election, a distinct possibility with online voting, would thrust you into hacking folklore. Hence, if, voting was to move online, designing a system with flawless security would be at the crux of this entire project, and those aren’t the easiest things to build.

At the micro-level, how would you verify a new voter? If you just turned 18 and wanted to vote for the first time, how would the system verify that said person is actually a real voter? Sending a picture of a passport of proof of address is light-work in the world of forging documents to some, so if some form of postal correspondence is required, would it render the process of voting online pointless? What if individuals were targeted by hackers, who unlike the government, would have far less security measures in place to protect themselves?

246,000 young people registered to vote on May 22 alone ahead of the election on June 8, as things seem to have reached a crisis-mode point that forces people to act. But what of the next election or in future when there could be far less at stake, will young people remain this politically engaged? Will we see a repeat of Brexit whereby 2/3 of young people registered to vote, actually vote, or will it be closer to 40% of young people voting as is the norm? Without question, the cold hard facts are that more young people vote than not and something needs to be done to change that, something more sustainable than only engaging by the droves when there is a crisis of some kind.

So if the government built a system of the highest-level security, would voting online increase turnout figures among young people? Probably. But would the benefit to be found from the additional number of voters outweigh the potential risks at play here? Probably not.