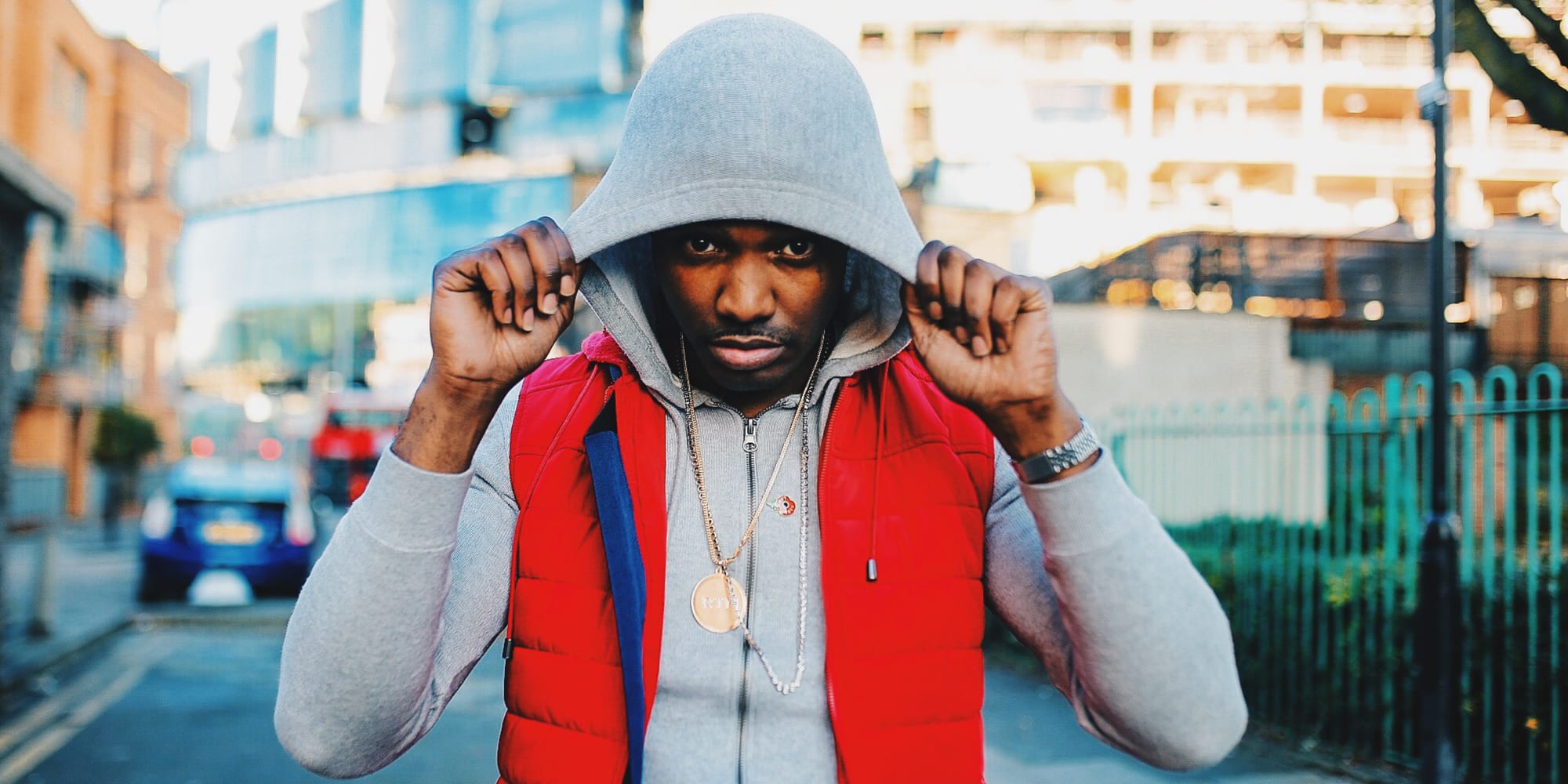 20 Nov Interview: Young Spray explains how he became one of the pioneers of UK gangster rap

Posted at 14:04h in Interviews by Ajay Rose

YOUNG SPRAY INTERVIEW – Hailing from Tottenham, Young Spray’s position as a pioneer of gangster rap in the UK is unquestionable, creating music that’s littered with unfiltered realness and raw tales for well over a decade. He tells it exactly how it is, and what it is isn’t always pretty.

Spray did the rounds on pirate radio, rap DVDs, live shows, mix CDs and all that other good stuff that and continued with big hits in the modern day with some of the scene’s very best, like ‘Amen (feat. Skepta)’ and ‘Proud (feat. Wretch 32 & Chip)’. Much of his legacy derives from championing a brand of gangster rap, providing unapologetic insights into juggling a rap career whilst trying to avoid returning to jail.

Realer Than Most Volume 1 was a stacked introductory solo tape that introduced Spray’s rage-filled sound with aplomb. Five more mixtapes, big solo anthems, viral freestyles and a debut album stacked with huge features, has seen Spray etch his name among the pioneers in gangster rap. 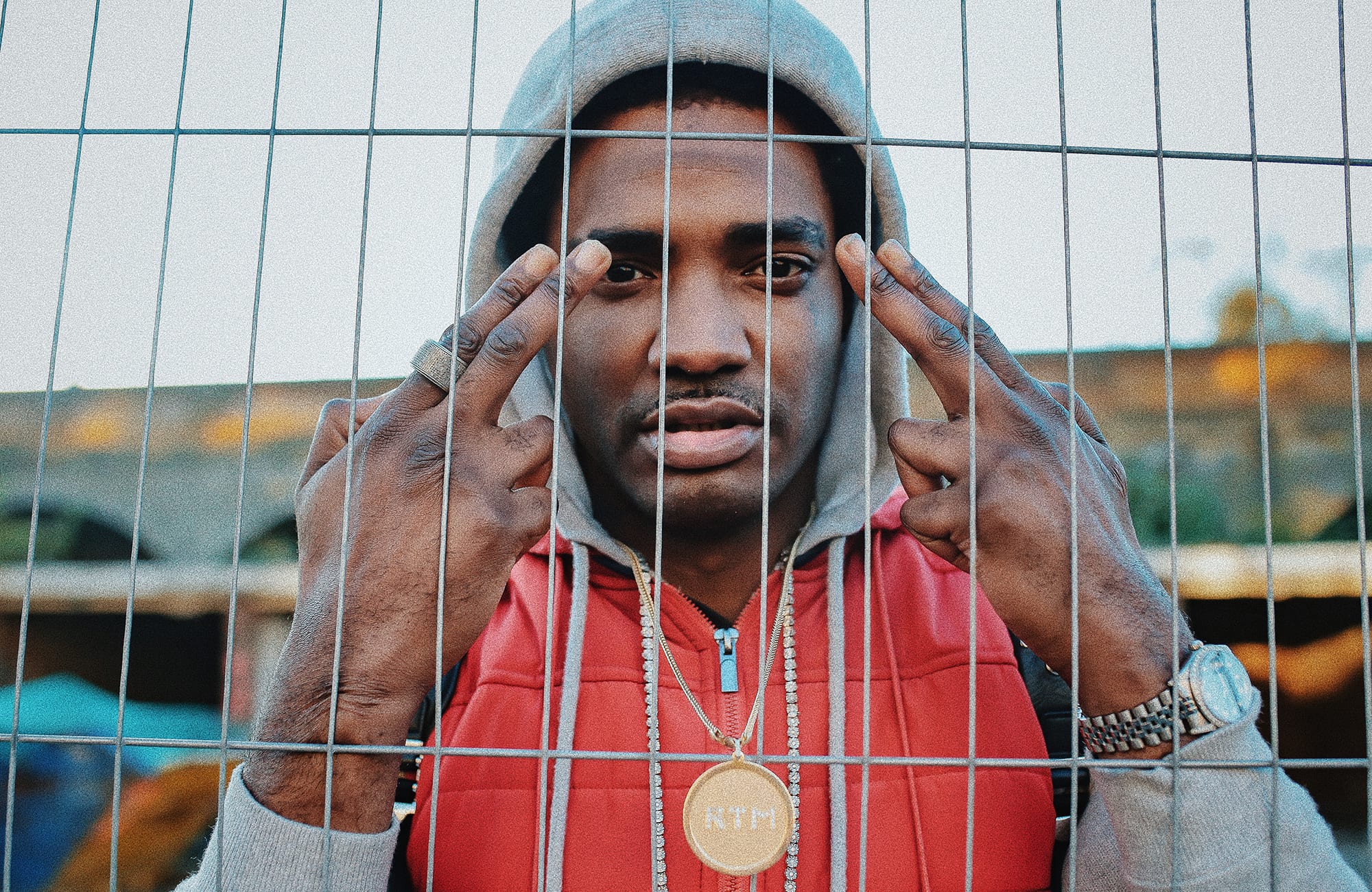 How did you first get into music?

I put three tracks at the very start which I recorded with DJ Chris, who was on Déjà [FM] at the time, ‘Why’s It Gotta Be This Way’, ‘Badman From Round Ere’ and ‘Getaway’. Then I met someone in jail when I was 16 and him and his business partner, Buckhead, rest in peace, were doing music. So he phoned me up after hearing my tunes then asked if I wanted to come and do this Northstar ting.

What impact did Northstar have on UK rap?

We had a big impact on the game and in the streets. There was only three members in Northstar, me, C-One and Chyna, but because we ran with a lot of people and had a group of a lot of friends, we started to be known as a gang, but really it’s just three artists, but everybody got grouped under the same name. But it was big. 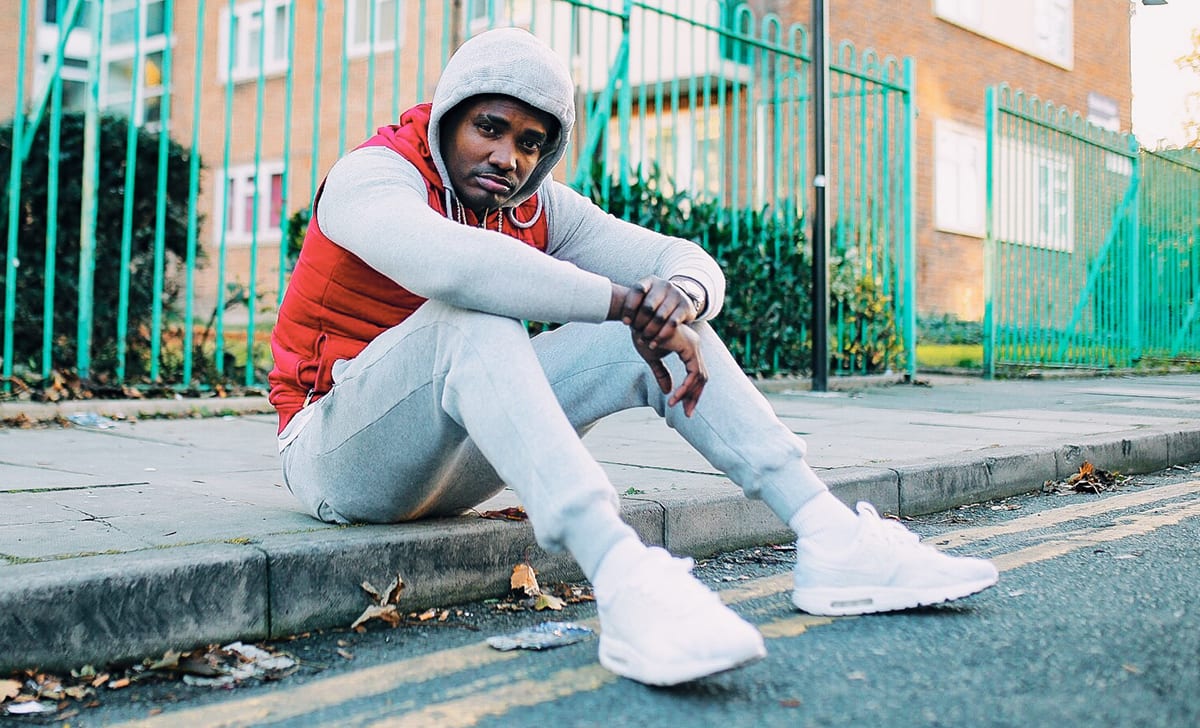 Northstar linked up with So Solid come back in the day. What did that do for you musically?

That So Solid link up was natural. C and Mega’s good friend’s and C was with Lisa, and Lisa was our manager at that time and she was part of So Solid, so we got a lot of attention through So Solid from being their under-limb group.

What was the transition like from Northstar into becoming a solo artist?

Basically, it was a choice I had to make – whether to keep doing music or to change my career path, and I couldn’t see myself going into anything else. Couldn’t see myself getting a job or anything so I just carried it on, and it’s something I enjoy doing, and it was always preached to me that you’re better off doing something you enjoy doing. So that started with Realer Than Most Volume 1. I put that out in 2007 and it was ground-breaking. I got good feedback off it, so naturally it gave me motivation to carry on and helped me to get accepted as a solo artist. 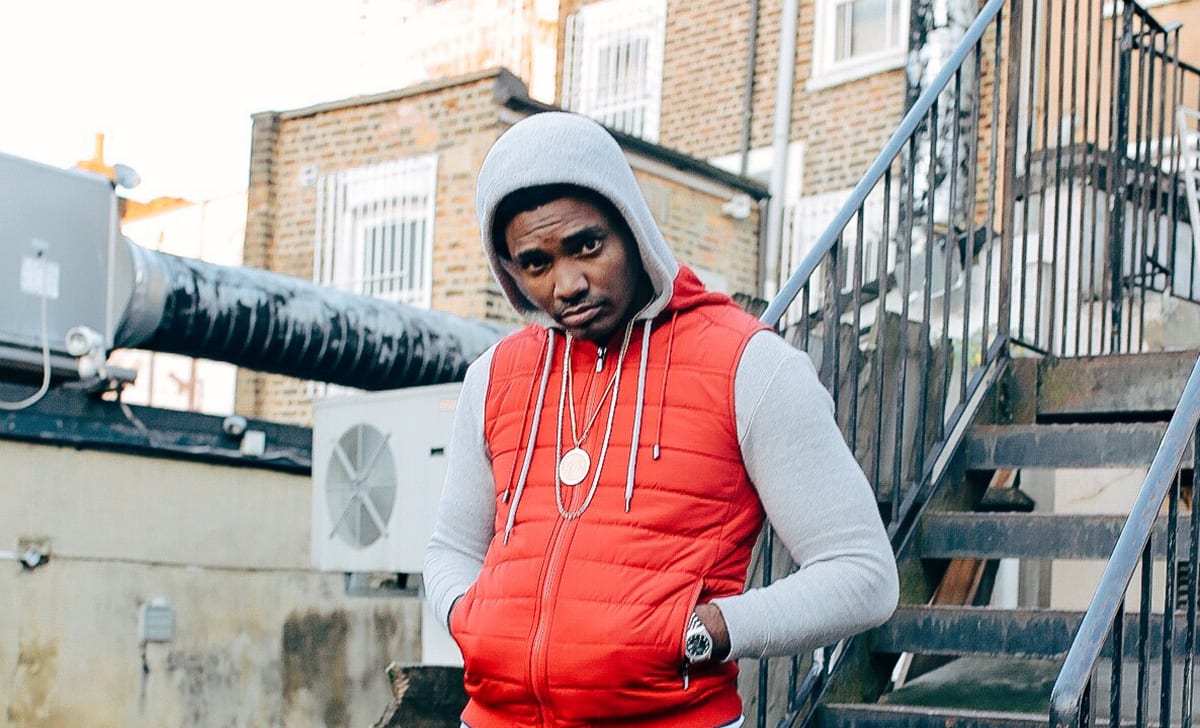 When did you realise you could do something with music?

I realised before RTM 1 to be fair, I realised from Northstar days. We was doing the mix CDs as well, we did Not Guilty Volume 1 and 2, and I had songs on there that was just me, three verses and a chorus, my songs, so people were introduced me as a solo artist already. So I kinda knew I’d be cool.

You’ve been to jail a few times across the years, how has that impacted your music career? 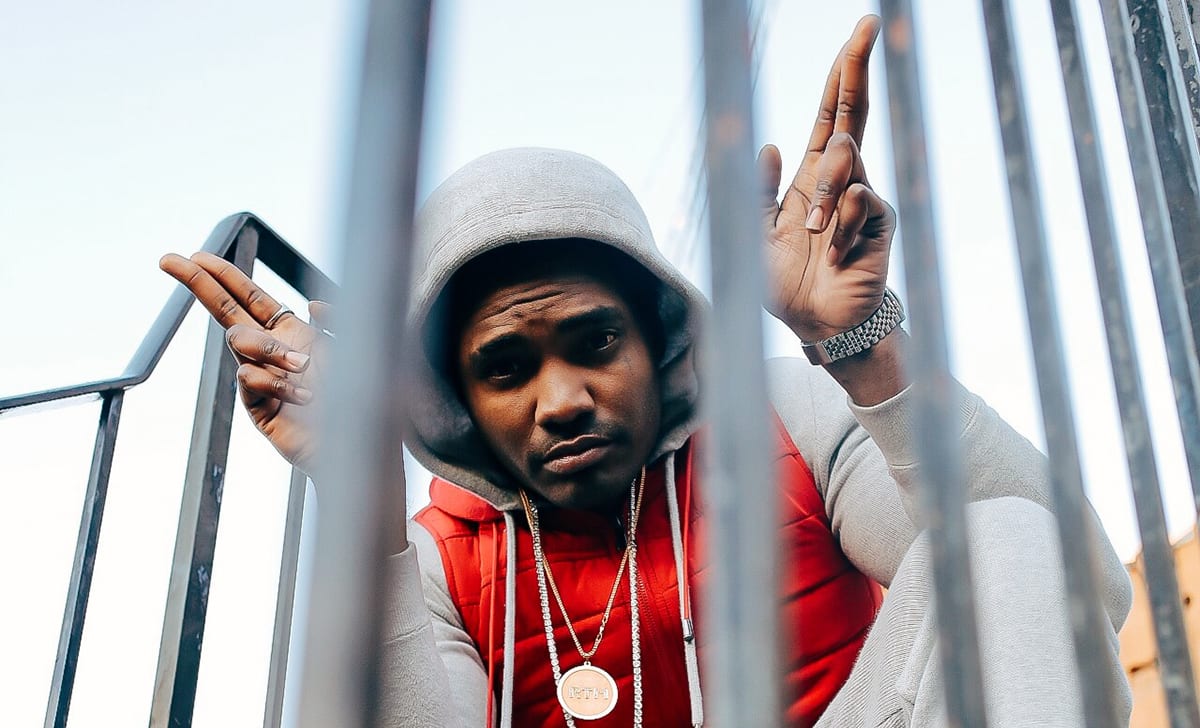 How hard is it to re-build your buzz when you go to jail? What goes into the process of re-building?

When I was going in and out of jail, that was mostly when I was younger. Since I’ve been doing music properly, I’ve been back to jail a couple times, but it hasn’t been for years and years, so it wasn’t too hard for me to get back into it. The biggest break I had was eight months, that was from a remand… got a not-guilty. But it is hard, because nowadays, you got so many new artists breaking through every two seconds, you’ll find that the buzz you had is gone by the time you get out. So yeah you do have to rebuild n that and it’s frustrating, but you know.

What are some of the differences in the music scene now compared to 10 years ago?

Obviously it’s easier now, because you got  a lot of platforms you’re able to use from the get-go, such as Link Up TV, GRM Daily, SB, you got these platforms that allow you to do your videos, you give it to them, they put it on their channel and they got a lot of subscribers, so people to get to watch your thing, so it’s a bit easier now. Back in the day it was like Channel U, and they wasn’t accepting everything. You had to radio, magazines, you had to do a lot man. 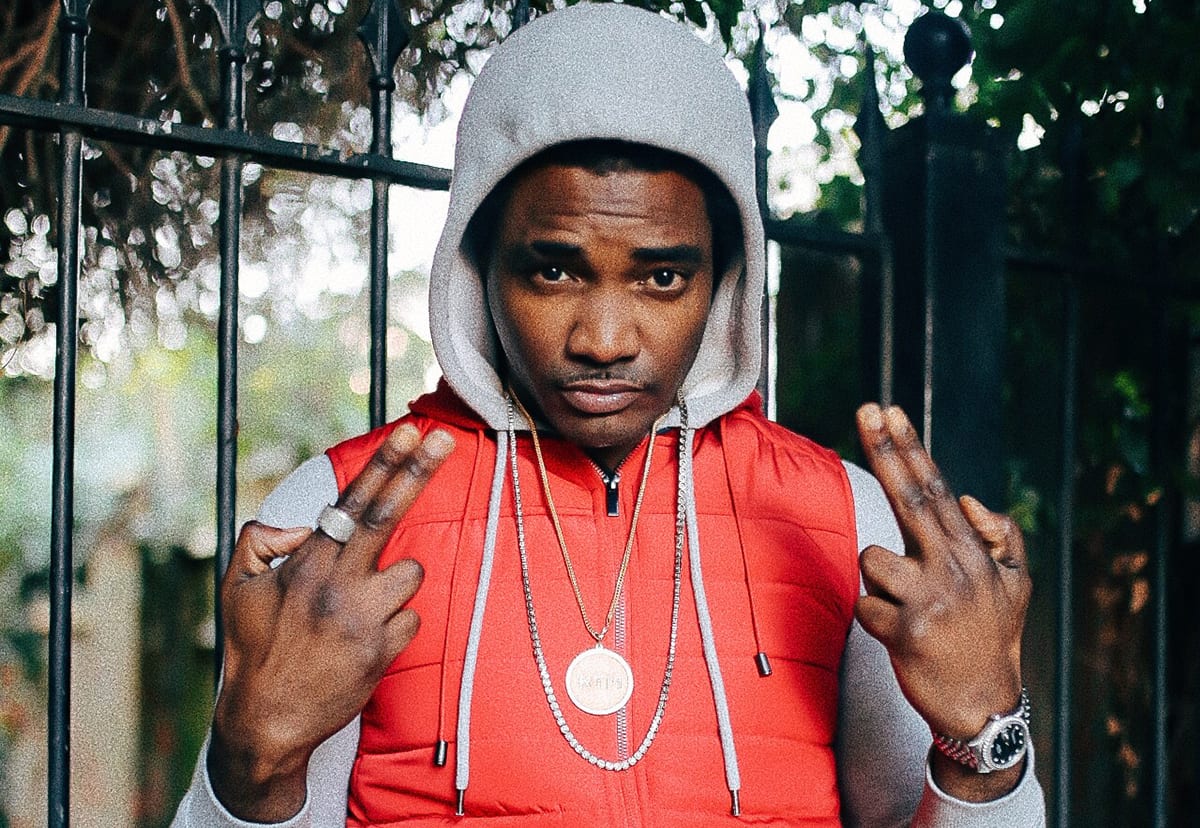 When you made tracks like ‘Proud’ and ‘Amen’, did you plan to keep them aside for a special project?

I knew those tracks were for the album.

So when did Invisible Tears come to life as an idea?

It came to life as an idea for an album years ago, before I even went to jail back in 2011. When I came out in 2011, that’s when I started making tracks for Invisible Tears, but I wasn’t happy with some of them, so I kept going and making more, then some of the other tracks become too old, so I left them. It really started going properly when I bucked the ‘Amen’ tune, that’s when I thought I got something, I can start the album now, that was like 2014, three years ago. 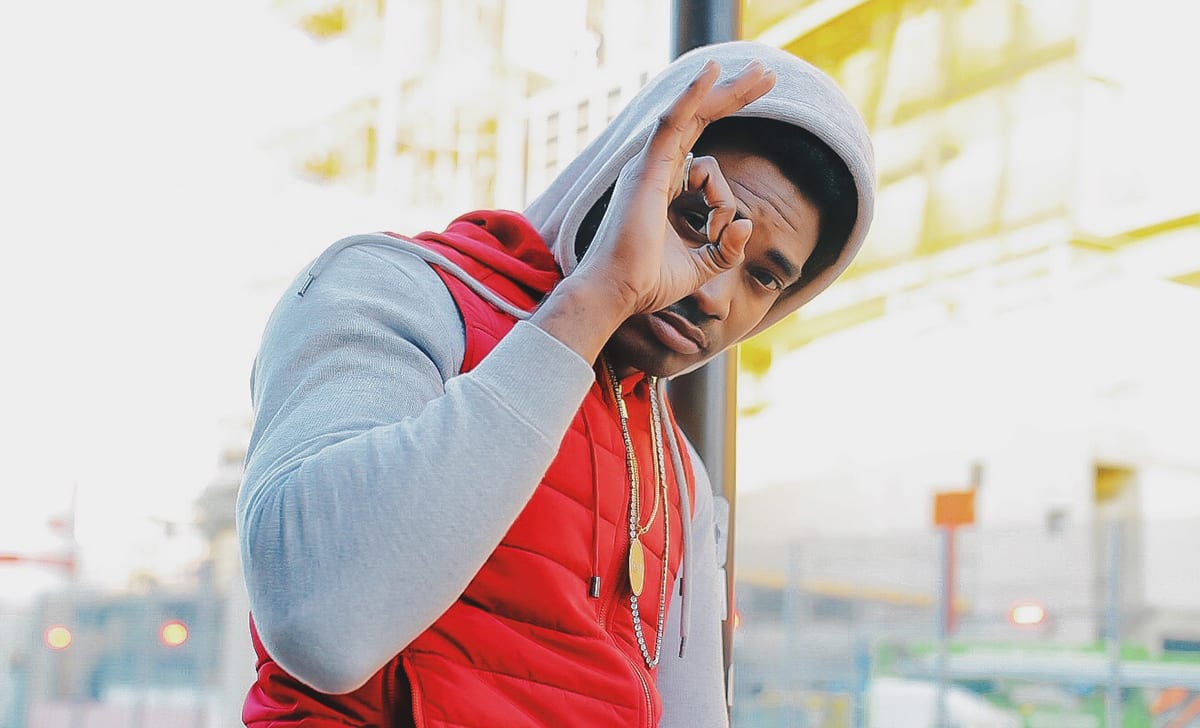 That’s what I’m tryna say, between 2011-2014, which is when I bucked the Skepta tune, I was just making tunes but I wasn’t happy with the finished product. I didn’t think I had a big tune yet, then I bucked that big tune in 2014, then I got the ‘Proud’ tune, and yeah just kept it moving from there.

The big features on Invisible Tears, like Skepta, Giggs, Wretch 32, Chip, Sneakbo and Blade Brown, indicative of the respect many aritsts in the UK have for you and your music. What was the process involved in deciding on who to include on the album?

It was just basically aritst’s from my era, from when I started doing music. Snap, c’mon that’s my g, we were both on I-Records together with Don Strapzy, so that was a natural link up. Giggs n Chip, with them man, you gotta understand, I was on these lots’ first album. Wretch, he’s from the ends, Sneakbo, that’s natural, Blade, that’s my n***a, you get what I’m tryna say. Fekky, that’s man’s people that I’ve done tunes with before, so it was just natural links really. 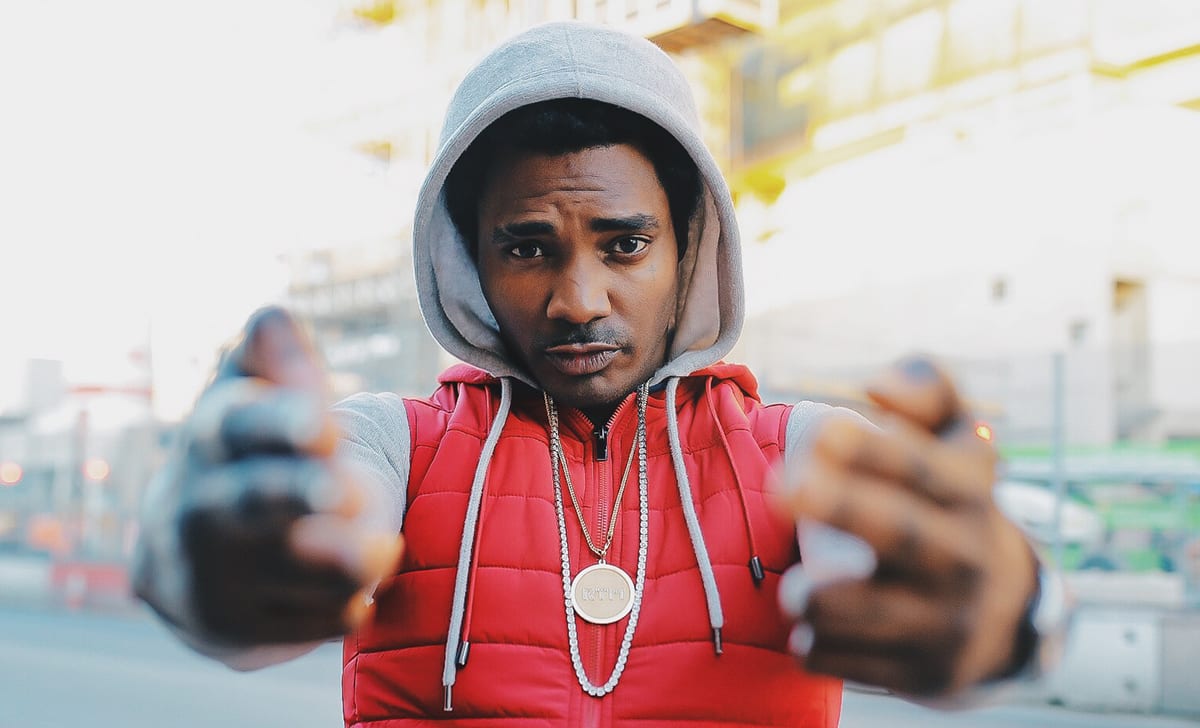 How did you decide on which producers to use on Invisible Tears?

I just take beats that I like really. I had couple beats from Crackz, he’s like 19 at the time, so took couple beats off him. I got Splurgeboys on there, they’re mans people, they’re sick. Show N’Prove, Madness with Burning. Same with artists, it’s just people that I know. The Fanatics as well, Mo Samuels & Mikey, they done Proud, they’re sick.

A lot of different flows on Invisible Tears; songs for the club, pain rap, that raw street stuff, a few slower ones too. What kind of listeners were you trying to reach with the album?

The thoughts with that was, I’m doing an album now, so you’re gonna have to have a few tracks that radio can pump, so that was the thought behind that. This is still real s**t, because it’s real, but I just tried to keep in-line with different moods, because that’s how my other mixtapes were, it wasn’t just all about some rudeboy ting, there was pain in there, tunes for my mum, tunes for my yute. I’ve always just done other stuff, so just kept it in-line with that. 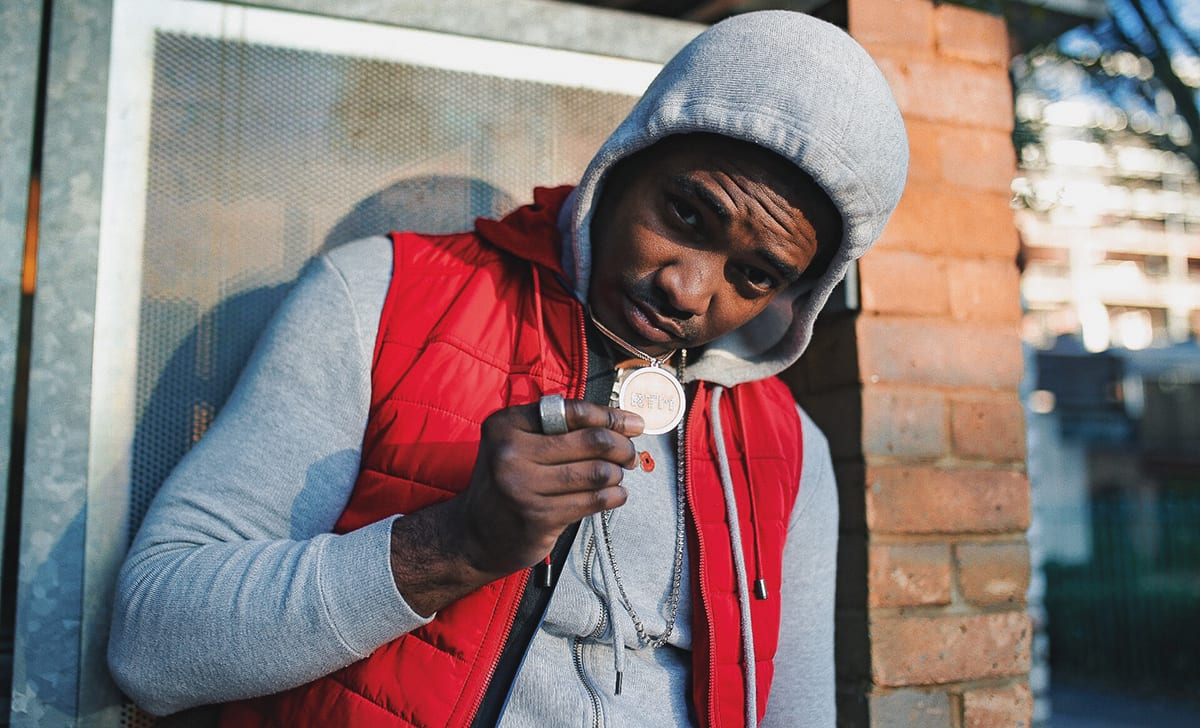 With streaming becoming so big, not many artists still put out hard copies of their music. What fuelled that decision?

I just wanted to make sure that my jail inmates was able to access it and buy it. With itunes and all of these online things, a lot of them can’t get it, so it has to be on certain things. My ting is I’m gonna represent them all the time, so the hard copies was so people in jail can access it.

Who would you say are real pioneers of the gangster rap scene in the UK?

Moorish Delta, they come before man init, Freddie Kruger, Mike GLC, 57th Dynasty, Madman, Skinnyman, all these guys. Obviously I’m a pioneer for gangster rap, you got me, PDC, SMS, Street Dreams, all Choong Family, there was a lot of people back then, Giggs, Blade Brown, Dubz, Page. There’s a lot of people.

With the album out now and a focus on music there, what’s next for Young Spray?

I got a best of that’s gonna come out, unreleased tracks that didn’t make the album because they were too old, but they’re still big tunes. They still go the essence, that Young Spray essence, gonna release that. Got my next album as well, that’s nearly finished, just working on the features. Always working.