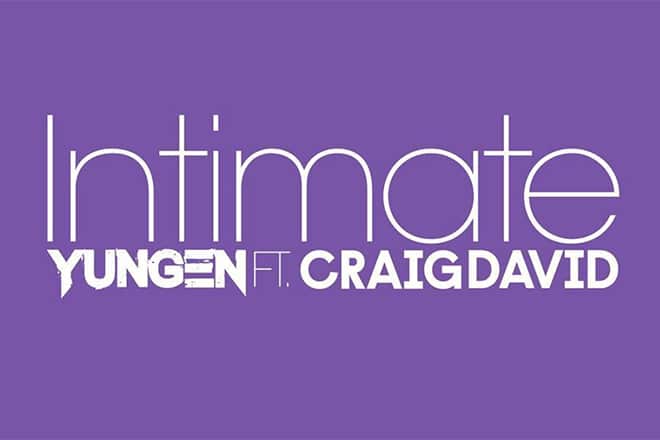 Posted at 10:20h in Uncategorized by Ajay Rose

Produced by ADP and Tre Jean-Marie, ‘Intimate’ sees both artists do what they do best, with the Play Dirty rapper dropping slick punchlines and RnB legend Craig David following suit with a catchy hook and verse of his own.

The duo first performed the track back in June at Craig David’s Ibiza Rocks TS5 pool party. Speaking on that performance, Yungen tweeted: ‘Today I got to perform my unreleased banger “Intimate” for the first time which features one of my idols @CraigDavid I got to perform it with him which was unreal! @TS5 @ibizarocks thank you for such a sick sick show!”.

In response, the Born To Do It singer said: “Bro! It was amazing having you up there with me bro!  You smashed your set and then smashed #Intimate differently such a banger”

We recently saw Yungen join forces with One Acen for ‘Pricey’, ahead of a new project. To familiarise yourself with that drop, click here. Meanwhile, Craig David is fresh off marking his comeback with the The Time Is Now, his fifth seventh studio album and one which charted at #2 on the UK Album Charts back in January.