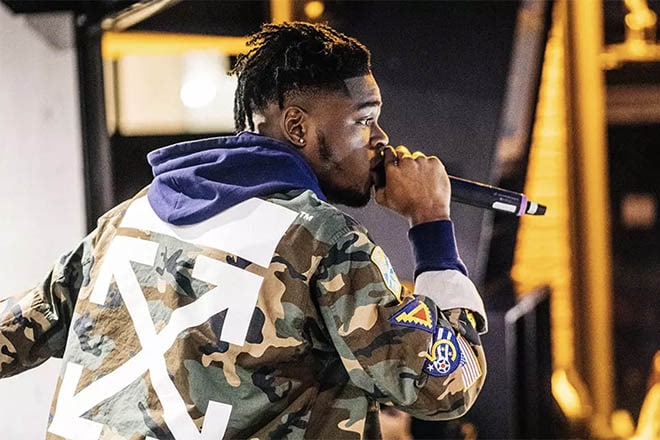 Posted at 02:39h in All Articles, Interviews, Long Reads by Ajay Rose

YXNG BANE INTERVIEW – In just over a year, Yxng Bane has done more than most do in double that time.

Bane’s debut Full Moon EP racked up over one million plays on SoundCloud in six months, numbers that came with virtually no overlapping YouTube support. That tape announced Bane’s varied palette of flows, as someone who can drop a slick 16 and also put his melodic competencies at the forefront. Therefore, categorising that eclectic mix of flows can therefore prove tough:

“This is a point I try to put across all the time. I don’t’ like to categorise myself in any genre. I just go to the studio and listen to a beat which tells me to express whatever I’m going through. And whether I need to rap about it or sing about, however I need to express it, it will just happen.

“It’s not a thought process where I choose to make a rap or singing tune, it’s about how I feel that day. I might be going through something or feeling some type of way, so that’s how it happens. I’d describe the music as authentic,” explains Bane. 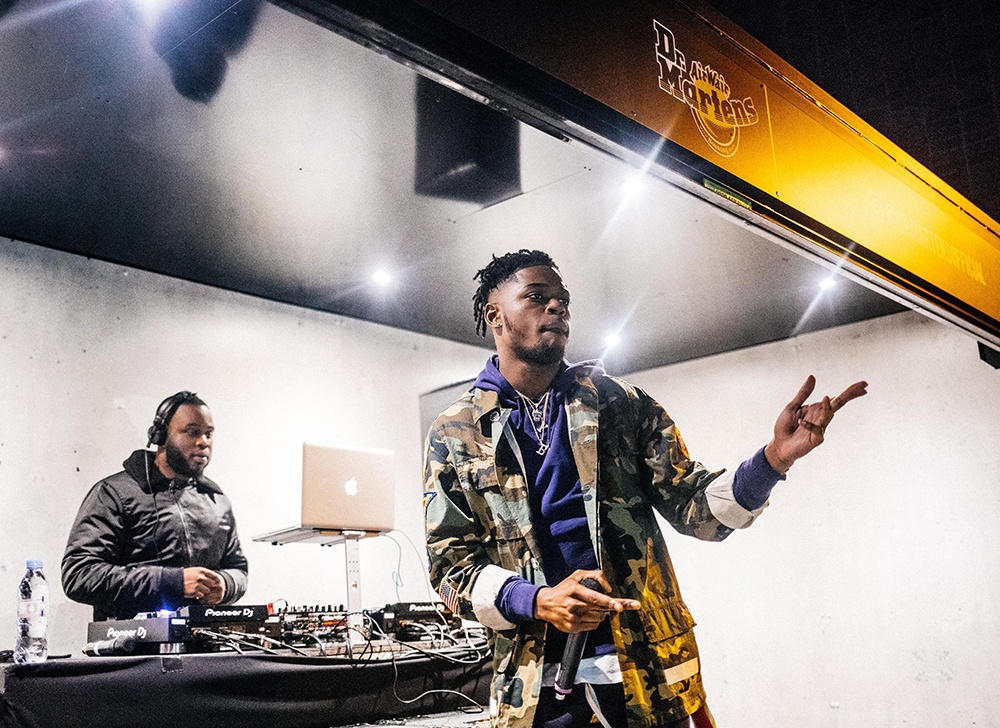 Full Moon provided a solid platform for which Bane was then able to utilise. When ‘Fine Wine’ dropped, that metaphorical door he’d been knocking on came flying off the hinges. Released in July 2016, ‘Fine Wine’ would become one of the biggest tracks of 2016 and Link Up TV’s third-most viewed video ever.

“I felt like I was knocking on the door for so long, and ‘Fine Wine’ opened a few doors for me. If you look at when it got released, then we started getting shows, so it kinda brought us to another space. It was definitely a milestone.”

Towards the end of 2016, Kojo Funds released the ‘Dun Talkin’ remix, which saw Bane effortless blend arrogant raps with softer melodies to great effect, as the track has since been viewed over 5.5 million times online, momentum that seemingly carried into the new year.

2017 has so far seen a slew of consistently viral releases from Yxng Bane, the first of which was his Ed Sheeran-approved ‘Shape of You’ remix. That offering has been viewed over 13 million times and is SBTV’s most viewed video ever to date, adding to his top-three selection on Link Up and viral verse on GRM Daily, which is far from an everyday feat, especially for someone who came up on SoundCloud just one year earlier. 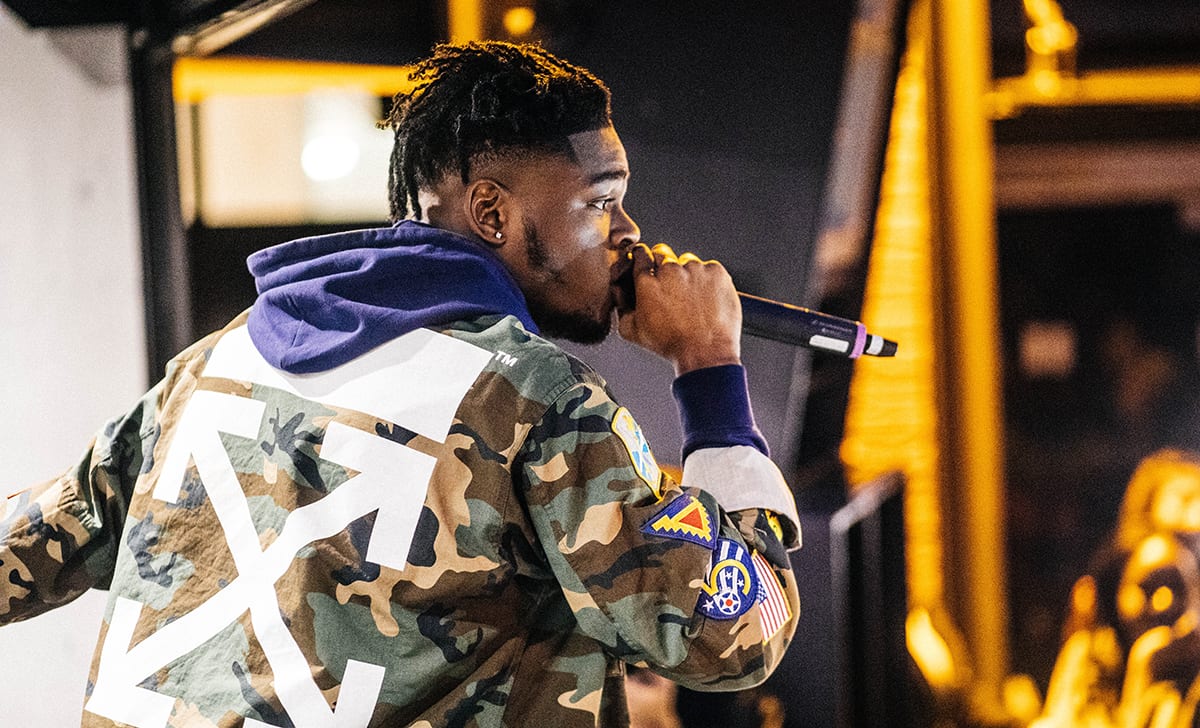 Not content with a few viral hits, Bane served up a few more. First came ‘Rihanna’, which totalled over one million views in under two weeks on Bane’s own YouTube channel and debuted at #65 in the charts. ‘Diamonds’ was another powerful release. Here we see Bane again keeping things fresh, with a trap-influenced hook and a hard-hitting verse from K-Trap.

“Everyone knows a Rihanna. I know me a Rihanna. It’s just me paying homage to all the beautiful Rihannas out there. Someone who’s a good girl but has a bad side too” explains Bane of the song’s origins.

Online views, for all their worth and value in showing an artists’ popularity, come with a ceiling. A lot of artists have videos with lots of views, but even fewer easily turn those viral videos into solid streaming money or a decent performance in the charts. 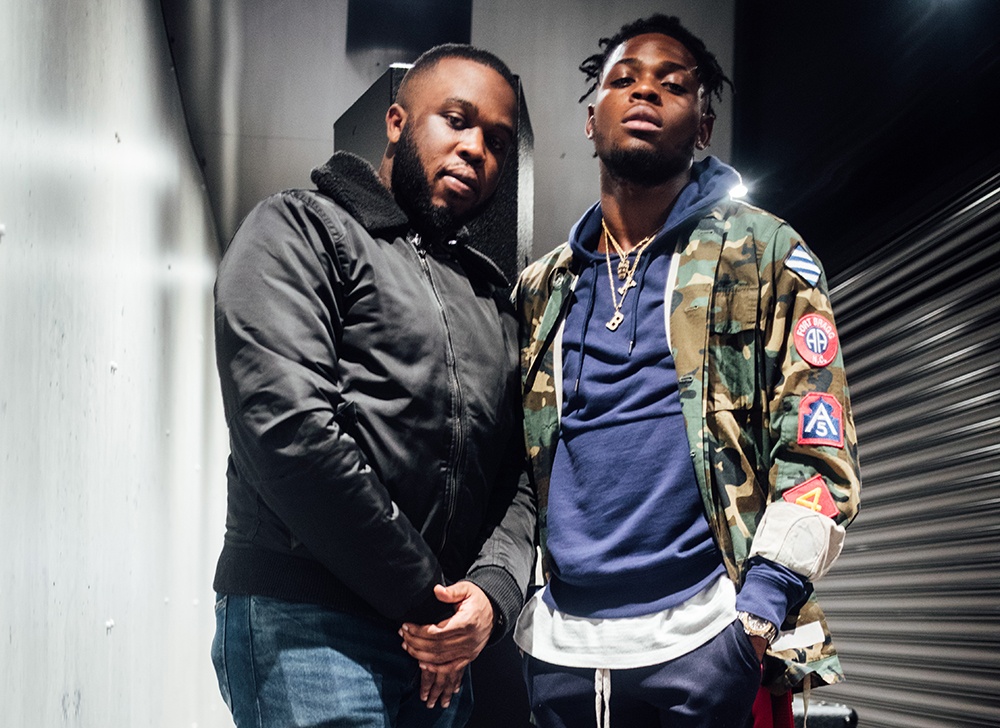 Yungen’s ‘Bestie’ track features label-mate Bane and rose as high as #18 in the Official Singles Chart, and Bane was no passenger on that track either, supplying an easily digestible and catchy hook. ‘Bestie’ saw Yungen’s sweet-boy lyrics and Bane’s diligent hook combine for one of the best charting rap or grime song this year.

In the space of a year, Bane’s mixtape has been listened to over a million times, he’s racked up over 20 million views in 2017 alone and now has a top-20. Milestones are being ticked off at an alarming rate, with a similarly rapid ascension found with Bane’s ventures into live shows. 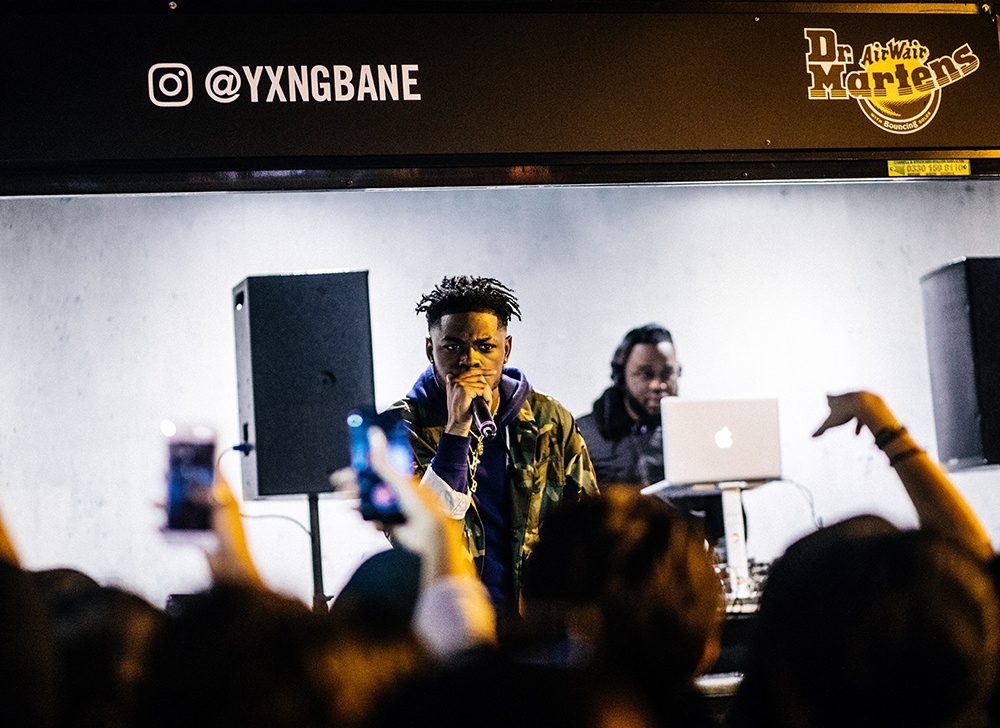 “Not at all. We had to add another date and it also sold out. That’s crazy. It just shows you how much you owe the people so you can’t let them down,” explains Bane.

So then, what next for Yxng Bane? He has ticked all the boxes you might want an upcoming artist to be about, and then some. His two videos with over 10 million views represent the highest viewed video on SBTV and third-most on Link Up TV, adding to a popular debut project, a top 20 single and two sold out headline shows.

“I’m just waking up, going to a studio and talking about my life experiences. It’s just about taking it day by day. There’s definitely direction to what we’re doing, but it’s all authentic. We’re just letting it grow.”

We chatted to Yxng Bane ahead of his headline performance as part of the Dr Martens Stand for Something Tour 2017. For more information on the tour, head to http://www.drmartens.com/uk/sfs-tour-2017